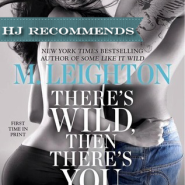 REVIEW: There’s Wild, Then There’s You by M. Leighton

In There’s Wild, Then There’s You (The Wild Ones #3) by M. Leighton, Social worker Violet “Vi” Wilson has lived her young life seeing the devastation that addiction and poor choices can make on those around her. So she has made sure she travels the straight-and-narrow at all costs. Her […] 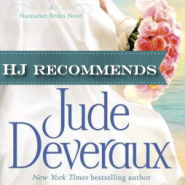 In True Love (Nantucket Brides Trilogy #1) by Jude Deveraux, Alix Madsen has fond memories of her summer on Nantucket when she was just four years old. Now twenty-six and transitioning from being a college graduate into the beginnings of a career in architecture, she finds out that she has […] 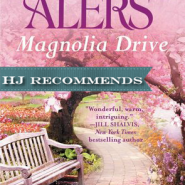 Magnolia Drive (Cavanaugh Island #4) by Rochelle Alersis the story of Francine and Keaton. Francine Tanner is a former broad way actress who returns to her hometown after a very painful divorce. Looking to leave her past behind her Francine joins her mom as a hairstylist. After she meets Keaton […] 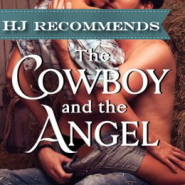 REVIEW: The Cowboy and the Angel by T.J. Kline

In The Cowboy and the Angel (Rodeo #2) by T.J. Kline, When Angela McCallister got an anonymous tip about a story that could finally advance her career, she headed off to the local rodeo to investigate animal abuse and cruelty. She soon found out that journalists are not exactly welcomed […] 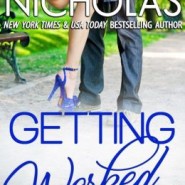 REVIEW: Getting Worked Up by Erin Nicholas

Getting Worked Up (Sapphire Falls #2) by Erin Nicholas: What a fun and entertaining story! This book focuses on Phoebe Sherwood, a woman who was born and bred in the small Nebraskan community of Sapphire Falls. She is a sparkly school teacher and about twenty-five percent of the town’s population […] 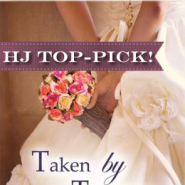 In Taken by Tuesday (The Weekday Brides #5) by Catherine Bybee, Judy Gardner is still getting used to her big brother, Michael Wolfe, being such a huge movie star. It doesn’t generally affect her, but it does come in handy when she needs a place to stay while she interns […] 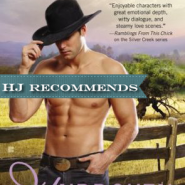 In Unbroken (Silver Creek #3) by Maisey Yates, severely injured 4 years ago, former rodeo super star Cade is still angry and not moving on. He’s living in the family home on the family ranch with his brother Cole and Cole’s family, working on the ranch, but not feeling like […] 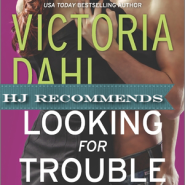 In Looking for Trouble (Jackson: Girls’ Night Out #1) by Victoria Dahl, From the moment Sophie Heyer lays eyes on Alex Bishop, she knows she’s in trouble. He’s just the amount of naughty she’s been looking for. He looks big and menacing, drives a motorcycle, has tattoos…and unfortunately he’s the […] 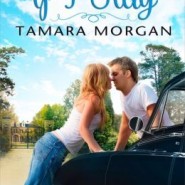 REVIEW: If I Stay by Tamara Morgan

If I Stay by Tamara Morgan: In a world where the head of the household could buy small countries and control their leaders with a turn of his head lived a pretty young nanny. Amy had grown up in the Montgomery household, been raised among Mr. Montgomery’s children and even […] 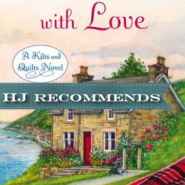 REVIEW: To Scotland With Love by Patience Griffin

In To Scotland With Love (Kilts andQuilts #2) by Patience Griffin, Cait has come back to Gandiegow, Scotland to heal and move on. Although she hasn’t lived there or even been there since she was 13, it’s where she thinks of as home and it’s where her Gran is. Cait […]