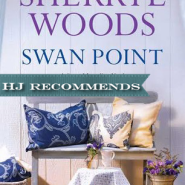 In Swan Point (The Sweet Magnolias #11) by Sherryl Woods, Adelia Hernandez has moved on since her bitter divorce from her cheating husband and wants to prove she can stand on her own two feet. Her children come first so she has no time to socialize or date. Plus, her […] 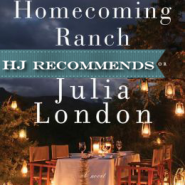 In Return to Homecoming Ranch (Pine River #2) by Julia London, Not only has Libby Tyler recently dealt with the death of her estranged father and finds out she has a sister she has never met before, but her boyfriend Ryan suddenly decides he no longer wants her in his […] 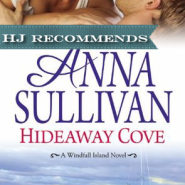 I love a little mystery with my romance and Hideaway Cove (Windfall Island #2) by Anna Sullivan has just the mystery that I was looking for. Although I did not read the first book in the series (I am pretty sure that the mystery started there) the storyline was easy to […] 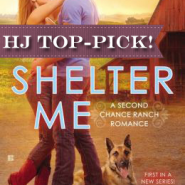 REVIEW: Shelter Me by Catherine mann

In Shelter Me (Second Chance Ranch #1) by Catherine mann, Trooper is on his way home to his human family, and he has a mission. Help this family heal after the tragic loss of his human, The Commander (Allen) in Afghanistan. Rescued in Afghanistan and on his way to a […] 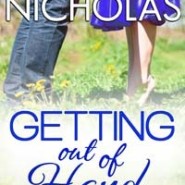 REVIEW: Getting Out of Hand by Erin Nicholas

Getting Out of Hand (Sapphire Falls #1) by Erin Nicholas, sets the ambiance for Ms. Nicholas’ new small town series, Sapphire Falls. The characters are unveiled, the sleepy little town is described, and the dynamics as well as the hierarchy between the different townsfolk are divulged. After reading the first […] 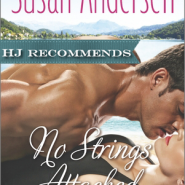 In No Strings Attached (Razor Bay #3) by Susan Anderson, Tasha Riordan spent her childhood listening to her mother claim every new boyfriend she had was The One. But they never were. So Tasha has resigned herself to the fact that true love just isn’t for the Riordan women. Her […] 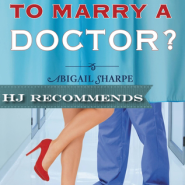 REVIEW: Who Wants to Marry a Doctor? (With This Ring) by Abigail Sharpe

Who Wants to Marry a Doctor? (With This Ring) by Abigail Sharpe: Can you date four men, trying to find your mister right and raise money for sick children when your heart is unexpectedly captured by another. That is the question that single mom and pediatrician, Sabrina Bankhead has to ask […] 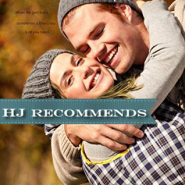 In I Want Crazy (Loco, Texas Book 2) by Codi Gary, When California native Jessie decided to move to Loco, Texas, she had no idea how ornery the locals would get about her changing the Watering Hole Bar into a sports bar and grill. Evidently Texans take their beer and […] 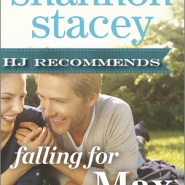 In Falling For Max (Kowalski Family #9) by Shannon Stacey, Tori Burns couldn’t help but feel bad when she watched handsome but introverted Max Crawford go down in flames after trying to strike up a conversation with a woman in Trailside Diner. Tori offers to help him boost his confidence […] 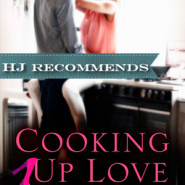 Cooking Up Love by Amylynn Bright is a summertime feel good foodie love story. It was a fun, flirty, yummy read that made my mouth water and my heart pound for these two wonderful characters. Holly Darcy is a food critic who can’t boil water without burning the pot. An […]