Escape with these hot off the press JUNE Romance releases from Escape Publishing.

She can buy anything she wants…except the courage to stand up to her family. That’s where he comes in. 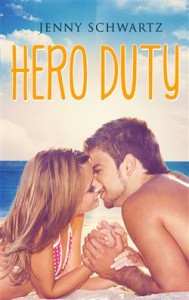 Jessica Trove is a billionaire Cinderella, bullied by her family, and terrified of the responsibilities crashing down on her shoulders. She knows what she needs to do — she just needs to find the courage to do it.

That’s where Brodie Carlton comes in. Jessica is used to buying anything she wants, and what she wants right now is a hero. She’s going to make Brodie Carlton an offer he can’t refuse: be her emotional bodyguard, and she’ll make him rich. The only question is who will guard their hearts? 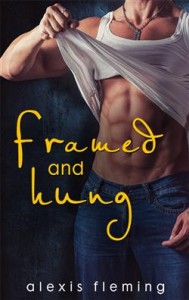 If there’s one thing Zoe Chandler, Historical Restorations expert, knows, it’s that naked bankers aren’t supposed to look like Greek gods. Honestly, it’s enough to make any woman pause. Luckily, Zoe is more of a take-charge, rush-in-where-angels-fear-to-tread kind of girl, and she definitely has fantasies of rushing towards Jake. But Jake is a man who is all about control, and there’s no way he’s going to let Zoe run this show.

Nude paintings, blackmail, and mind-numbing sexual frustration…will either of them survive this project? 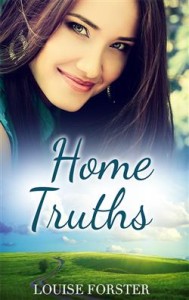 London-based chef Jennifer Dove loves her exciting, fast-paced life and she has every intention of returning to it ASAP. This trip to Tumble Creek — middle-of-nowhere Australia — is just a blip, a trip out of time, to visit her sister and niece and farewell her beloved Uncle.

But barely hours into her stay, she disturbs an intruder in her uncle’s house, is questioned by police, and finds a pair of fluffy pink stilettos in the bedroom. Things are not all they seem in Tumble Creek, and much as she tries not to, Jennifer is sucked in to the mystery surrounding her uncle. Who is his girlfriend Veronica, and why is she not here? What are the locals hiding? And why can she not get sexy local Calum McGregor out of her mind?

All is not what it seems in this sleepy, small town, and as Jennifer unravels its mysteries, she might just be tying herself to Tumble Creek forever.

The Private Affairs Of Lady Jane Fielding by Viveka Portman

In the world of Regency England, only one thing matters — the begetting of an heir… 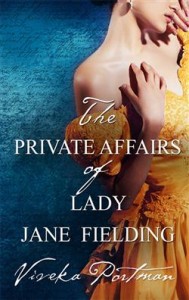 There is one fact I cannot hide nor deny. I have borne my husband no sons…

When Lord Jacob Fielding suffers a traumatic injury denying him more children, it devastates both his present and his future. He and his wife Jane have only daughters, and the brother in line to inherit his title and lands is a disgusting reprobate, a man who should never have power over anyone.

In desperation, Lord Fielding formulates a wicked plan. He invites his distant cousin Matthew to come and share their home…and possibly more. Jane is shocked, but cannot deny her curiosity. She loves her husband, and their situation is desperate, and Matthew is a kind, gentle, attractive man. But what can this situation bring, but tension and jealousy?

Emotions and libidos run high as the Fielding men search for a way to satisfy the need for an heir, their own lusts, and, most importantly, the desires of Lady Jane, before time runs out. 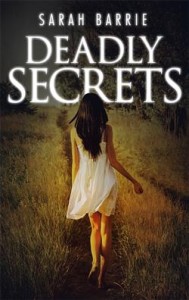 Born and bred on the land, Jordan Windcroft is tough. She’s had to be. Her life revolves around running her property almost single-handedly on next to no money, and waiting out her four years of probation — a rap that she took for one of her closest friends.

But there’s an end to her problems in sight. Jordan’s probation period is almost up, and if she can just make the cattle sale, there’s a chance she can pull herself out of more than ten years of serious debt and keep her precious farm. The last thing she needs is for Reid Easton to walk into town.

Detective Senior Sergeant Reid Easton drives into Whitewater Creek on a mission to wrap up a three-year drug investigation; his only lead, Jordan Windcroft. The attraction between the two is immediate, but Reid is undercover and Jordan has a secret she can’t risk him discovering. Neither will jeopardise their cause, not for something as transitory as love.

Heroes meets Bridget Jones in this brilliant, hilarious debut novel about a girl who just wants to save the world… 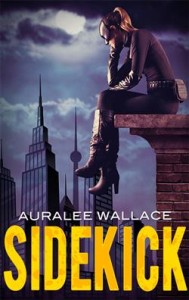 Bremy St James, daughter of billionaire Atticus St James, has been cut off from the family fortune and is struggling to survive in a world that no longer holds its breath every time she buys a new outfit. To make matters worse, her twin sister is keeping secrets, loan sharks are circling, and the man of her dreams — a newspaper reporter — is on assignment to bring down everyone with the last name St James.

Things are certainly looking bleak for the down-and-out socialite until a good deed throws her into the path of the city’s top crime-fighter, Dark Ryder. Suddenly, Bremy has a new goal: apprentice to a superhero, and start her own crime-fighting career.

Ryder has no need for a sidekick, but it turns out the city needs Bremy’s help. Atticus St James is planning the crime of the century, and Bremy may be the only one able to get close enough to her father to stop him.

Now all she needs to do is figure out this superhero thing in less than a month, keep her identity secret from the man who could very well be The One, and save the city from total annihilation.

Well, no one ever said being a superhero would be easy…

The Curse by Jennifer Brassel

His search for her has been timeless, eternal, and ultimately thwarted. Until now… 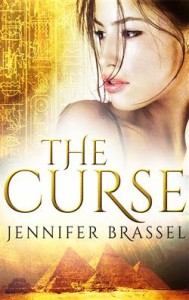 Seth Almose has spent countless lives trying to break the curse that robs him of his soul mate. Each time the cycle begins anew, he meets it with hope, and each time he is left with heartbreak. But as the cycle dawns again, with yet another incarnation, Seth can’t help himself. She is extraordinary; is she the one?

Julia Morrow has reason to be wary of men. After restarting her life to escape an increasingly dangerous stalker, she has no reason to believe Seth and his stories of reincarnation and curses. But his face haunts her dreams, and her canvasses. He claims that it is a matter of life and death — her death. Can she find it in herself to trust again, or will the cycle turn once again, leaving them both broken and alone?

« REVIEW: Her Summer with the Marine by Susan Meier
Spotlight & Giveaway: Healing the Wounds by M.Q. Barber »