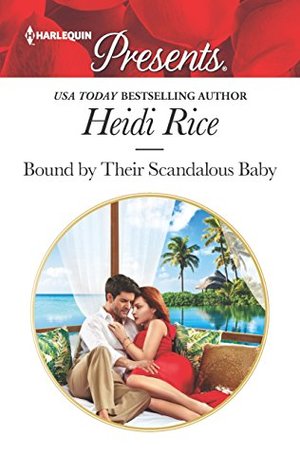 and passionate romance that starts with mistaken identity but leads to a lifetime of love.

Lukas Blackthorne can’t believe that the woman who tried to trick his beloved brother Alexei, now deceased, with a surprise pregnancy would show up claiming his ‘son’ lives. In fact, it’s the woman’s sister Bronte, and she’s the guardian of her nephew since her own sister Darcy died, a spirited little boy with a medical condition that can only be helped by a stem cell match. She’s desperate enough to contact his uncle to be tested even knowing him to be the man who paid off her sister to terminate the pregnancy.

Lukas can’t deny that the boy is related to him, as he’s the spitting image of him and his twin at that age. Taking responsibility, he sets up Bronte and Nico on an estate and takes charge of all of Nico’s medical care. Though at first he remains distant, when Bronte tracks him down to tell him about Nico’s progress they end up sleeping together. Lukas and Bronte continue their sexual relationship but Lukas is good at keeping his emotions under lock and key. When Bronte finds out she’s pregnant, will it make Lukas realize that he could have the loving family he’s always wanted?

I enjoyed this dramatic and sexy story. Lukas is an arrogant and wealthy man with plenty of past baggage to make it difficult to trust people. A childhood illness had rendered his brother Alexei infertile, or so they’d been told so when Darcy showed up pregnant Lukas assumed she was lying and had paid her off. He’d been stunned to see Nico and the results of the DNA test showed beyond a doubt that the boy was his nephew. His attraction to Bronte is inconvenient but undeniable and he can’t resist showing her the passion that exists between them, or wanting to continue their affair.

Bronte finds everything happening so quickly once Lukas finds out he has an heir to his fortune. She’d only wanted his help to save Nico’s life, and she’s quick to prove to Lukas that she’s not interested in his money or social status for herself. Lukas finds that refreshing but still insists on having her and Nico under his protection for their safety. Lukas is demanding but Bronte is smart and determined not to let him push her around. It’s not until later in the story that both of them reveal some of the secrets of their pasts, and Lukas starts to realize how important Bronte and Nico have become in his life. When Bronte becomes pregnant, she struggles with how it will change things for them and how to tell Lukas. The story has its ups and downs as they find their way and the epilogue is a sweet touch to their happy ending.

He’s the billionaire she should resist…

…but he’s the billionaire she’s bound to!

Hotel tycoon Lukas Blackstone is shocked to learn he has an orphaned nephew—and infuriated by the electricity sizzling between him and his nephew’s guardian, Bronte! Despite their powerful attraction, Lukas knows to steer clear of Bronte—he learned the hard way that family life isn’t for him. But when the sensational fire between them ignites, the dramatic consequences will tie them together—forever…

« Spotlight & Giveaway: Josh and Hazel’s Guide to Not Dating by Christina Lauren
REVIEW: Until We’re More by Cindi Madsen »

2 Responses to “REVIEW: Bound by Their Scandalous Baby by Heidi Rice”