Today it is my pleasure to welcome back New York Times & USA TODAY bestselling author Gena Showalter to HJ!

Gena, If you had to summarize After Moonrise for the readers here…

GS: Two authors. Two different stories, with characters that intersect. My story is Haunted. Think Castle with ghosts. Maybe. Kind of. Sure, why not? 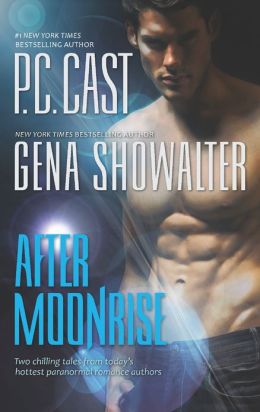 GS: Artist Aurora Harper is convinced she’s witnessed a crime—a murder so brutal she’s repressed the memories, only to paint the scene by the light of the moon. Now she needs her new neighbor, Detective Levi Reid, to help her track down the victim-and the killer. Levi’s dealing with his own memory issues, but one thing he knows for sure: Harper is meant to be his, and nothing can take her away from him-not in this life…and not in death….

GS: Totally! But I can’t tell you what it is LOL It’s a major plot spoiler. You’ll find out …oh…about halfway into the story. (Don’t worry. You’ll know exactly what I’m talking about when you get there.)

GS: My favorite scene is probably when Levi and Harper first meet. They are super attracted to each other, but the situation that has brought them together is totally messed up.
But before we jump into the snippet, here’s a little set up. She’s just knocked on his door, and barged in…and he’s a very possessive person. His stuff is his stuff.

Clutching his cup, sipping his coffee, she turned to face him. Only, rather than spilling her reasons for being there, she grimaced and gasped out, “What is this crap? Because honestly? It tastes like motor oil.”
So he liked his joe strong. So what? “Maybe it is motor oil.”
“Oh, well, in that case, it’s actually pretty good.” She took another sip, sighed as though content. “Definitely grade-A motor oil.” Her gaze slipped past him. “You know, your place is so much bigger than mine, with much better lighting. Who’d you have to sleep with to get it?”
She’s as weird as the rest of the tenants. “Who says I had to go all the way?” Apparently, I am, too.
A laugh bubbled from her, and she choked on the coffee. “Dude. Do you know what you just implied?”
“Uh, yeah. That’s why I said it.” Now, then. He’d allowed her to dominate the conversation long enough. He needed to move this along before she gave another one of those laughs. Gorgeous.
He sidestepped the counter, moving closer to her, closer still, the fragrance of cinnamon thickening the air between them, the turpentine fading. He claimed the cup, set it aside and crowded her personal space, forcing her to back up until she ran into the cabinets.
She peered up at him, those ocean-water eyes haunted…and, oh, so haunting. Just then, she reminded him of a fairy with a broken wing.

Amanda Seyfried for Harper. They are both blond with baby doll features. Plus, Amanda can do vulnerable yet strong. A perfection combination.
Henry Cavill would make an excellent Levi.

Thanks for Stopping by HJ!

GIVEAWAY: Signed copy of AFTER MOONRISE

To enter Giveaway: Please complete the Rafflecopter form and post a comment to this Q: Do you have a favorite ghost-romance (movie or book)? Tell us what makes it so special.

Being a psychic detective who can channel only negative emotions makes Kent Raef good at catching murderers, but bad at maintaining relationships. Then Lauren Wilcox arrives with a most intriguing case: her twin sister has been murdered and is communing with Lauren’s spirit—and sharing her body. Raef’s the only one who can track the killer and free the spirit. But soon he begins to wonder just which twin he wants to saveand why.

Artist Aurora Harper is convinced she’s witnessed a crime—a murder so brutal she’s repressed the memories, only to paint the scene by the light of the moon. Now she needs her new neighbor, Detective Levi Reid, to help her track down the victim—and the killer. Levi’s dealing with his own memory issues, but one thing he knows for sure: Harper is meant to be his, and nothing can take her away from him—not in this lifeand not in death. 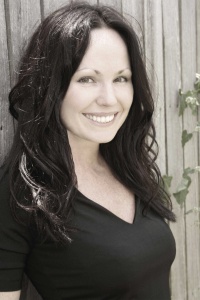 Gena Showalter is the New York Times and USA TODAY bestselling author of the acclaimed Lords of the Underworld series and more than thirty other books. She lives in Oklahoma City, Oklahoma. Visit her at GenaShowalter.com.

Gena credits much of her success to her wonderful fans, amazing family, and the three slobbery English bulldogs who sleep under her desk. She is a self proclaimed coffee addict and when she’s not writing she likes to…well, we’re not sure. We’ve never seen her do anything but write.

« Spotlight & Giveaway: All Fired Up by Kate Meader
REVIEW: The Last Hour of Gann by R. Lee Smith »

55 Responses to “Spotlight & Giveaway: After Moonrise: Haunted by Gena Showalter”