Today, HJ is pleased to share with you Colleen Hoover’s new release: All Your Perfects

The #1 New York Times bestselling author Colleen Hoover delivers a tour de force novel about a troubled marriage and the one old forgotten promise that might be able to save it. 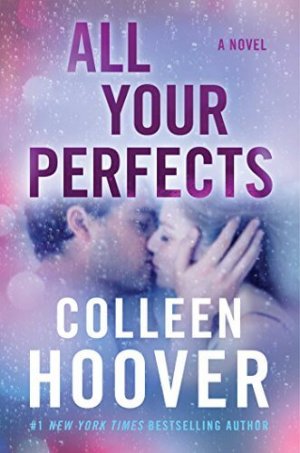 Quinn and Graham’s perfect love is threatened by their imperfect marriage. The memories, mistakes, and secrets that they have built up over the years are now tearing them apart.

The one thing that could save them might also be the very thing that pushes their marriage beyond the point of repair.

All Your Perfects is a profound novel about a damaged couple whose potential future hinges on promises made in the past.

This is a heartbreaking page-turner that asks: Can a resounding love with a perfect beginning survive a lifetime between two imperfect people?

Enjoy an exclusive excerpt from All Your Perfects

Excerpt. ©Colleen Hoove. Posted by arrangement with the publisher. All rights reserved.

Giveaway: 1 Hardcover of ALL YOUR PERFECTS by Colleen Hoover ( US and Canada)

Colleen Hoover is the #1 New York Times bestselling author of Slammed, Point of Retreat, This Girl, Hopeless, Losing Hope, Finding Cinderella, Maybe Someday, Maybe Not, Ugly Love, Confess, November 9, It Ends with Us, and Without Merit. She has won the Goodreads Choice Award for Best Romance three years in a row—for Confess (2015), It Ends with Us (2016), and Without Merit (2017). Confess was adapted into a seven-episode online series. In 2015, Colleen and her family founded The Bookworm Box, a bookstore and monthly subscription service offering signed novels donated by authors. All profits are given to various charities each month to help those in need. Colleen lives in Texas with her husband and their three boys. Visit ColleenHoover.com.

56 Responses to “Spotlight & Giveaway: All Your Perfects by Colleen Hoover”