Hi Michelle and welcome to HJ! We’re so excited to chat with you about your new release, Always The Best Man! 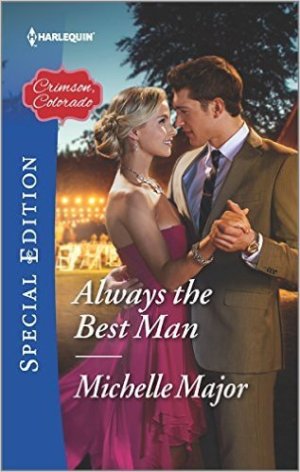 A best man and maid of honor team up for her brother’s wedding. #sparksfly #secondchances #girlofhisdreams.

Some women were meant to be a bride. Emily Whitaker had been one of those women. For years she’d fantasized her walk down the aisle, imagining the lacy gown, the scent of her bouquet and the admiring eyes of family and friends as she entered the church.

Jase had a crush on Emily in high school, but she didn’t give him the time of day. When she comes back to Crimson a little humbler and kind of broken, he sees a vulnerability in her he can’t resist. For Emily, she never appreciated how important it was for a man to be honorable or even nice. Jase’s innate kindness is big pull for her now that she’s grown up a bit.

sweet, sexy, second-chance, sparks, silly (not sure why I went with ‘s’ but there you go!)

“I wanted to put my mouth on you, right there on the sidelines of the high school field with half of our friends watching.” She said the words calmly, although he could see her chest rising and falling. He wasn’t the only one having trouble breathing right now. “That’s something different than when we were young. You make me feel things I haven’t in a long time, and I don’t know what to do about it. But it doesn’t give me the right to be rude. I’m sorry, Jase. I can’t—”
He didn’t wait for her to finish. There was no way he was going to listen to the word can’t coming from her, not when she’d basically told him she wanted him. In one quick movement, he leaned down and brushed his lips over hers.
So this was where she hid her softness, he thought. The taste of her, the feel of her mouth against his. All of it was so achingly sweet.
Then she opened her mouth to him and he deepened the kiss, threading his fingers through her hair as their tongues glided together. It was every perfect kiss he’d imagined and like nothing he’d experienced before. He wanted to stay linked with her forever, letting all of his responsibilities and the rest of the damn world melt away.
The moment was cut short when a dog barked—the sound coming from his house, and Emily pulled back. Her fingers lifted to her mouth and he wasn’t sure whether it was to press his kiss closer or wipe it away. Right now it didn’t matter.

Pretty much every scene that involves Emily’s son, Davey, is my favorite. But adding a cute puppy to the mix ups the ante. 🙂

Davey didn’t give any indication he’d heard the question other than picking up the ball gingerly between his fingers and tossing it down the steps. Ruby tumbled after it, and in her excitement to retrieve the ball, she lost her balance and did a somersault across the grass. With a small laugh, Davey made his way down the steps toward the grass.
Ruby returned the ball to him and the boy threw it again.
“She’ll go after the ball all night long,” he told the boy. “Let me know when you get tired of throwing it.”
Davey walked farther into the yard.
Jase turned for the patio to find Emily standing on the top step, tears shining in her blue eyes. “What’s wrong?” he asked, jogging up the stairs to her side.
She shook her head. “Davey laughed. Did you hear him laugh?”
“Puppies have that effect on people.”
“I can’t remember the last time he laughed out loud,” she whispered, swiping under her eyes. “It’s the most beautiful sound.”
“I’m glad I got to hear it.”
Ruby flipped over again as she dived for the ball and this time when Davey giggled, Emily let out her own quiet laugh. She clapped a hand over her mouth.
Jase wrapped an arm around her shoulder. “It’s been a while since I’ve heard his mother laugh, too.”

I think the scene where Jase agrees to hire Emily to work for him would be crucial to show both the emotion and chemistry between the characters.

She kept pushing the résumé toward him, the corners of the paper crumpling against his stomach, so he finally plucked it out of her fingers.
“Emily,” he said softly. “I need a legal secretary.”
“Right now,” she shot back, “you need a warm body that can do dishes.”
She had a point, but he wasn’t about to admit it.
“I can do this. I can help you.” She kept her hands fisted at her sides, her chin notched up. It must have cost her to come to him like this, but Emily still made it seem like she was doing him a favor by demanding he hire her.
“This isn’t a job you want.” He folded the resume and placed it on the desk. “You’re smart and talented—”
“Talented at what?” she asked, breathing out a sad laugh. “Shopping? Planning parties? Not exactly useful skills in Crimson. Or maybe I’m good enough to kiss but not to work for you.”
He pointed at the sheet of paper. “You just told me why you’re qualified. If you can work for me, you can find another job.”
“Don’t you think I’ve tried? I spent this entire morning knocking on doors. I’m a single mom with a son who has special needs, which is a hard sell even if someone did want to hire me.” She bit down on her lip. “By the way, they don’t. Because I wasn’t nice when I was younger and that’s what people remember. That’s what they see when they look at me.”
“I don’t.”
“You’re too nice for your own good,” she said, jabbing a finger at him. “That’s why I’m here begging.” A strangled sound escaped her when she said the word begging. He studied her for crying, but her eyes remained dry. Thank God. He couldn’t take it if she started crying. “I’m begging, Jase, because I need to know I can support my son. When I left Henry, I wanted out fast so I took nothing. Hell, I’m borrowing my mom’s car like I’m a teenager again. I have to start somewhere, but I’m scared I won’t be able to take care of Davey on my own. He’s about to start kindergarten, but what if something happens? What if he—”
“He’s going to be fine, Em.” He could see her knuckles turning white even as color rose to her cheeks.
“This was a horrible idea,” she muttered, turning her head to stare out onto Main Street as if she couldn’t stand to meet his gaze another second. “I’m sorry. I’m a mess.”
Jase took a step toward her. It was stupid and self-destructive and a bad idea for both of them, but the truth was he didn’t care if Emily was a mess. He wanted her to be his mess.

If they want a sweet, heart warming story about two people learning to believe in themselves and each other to claim the happily ever after they both desperately want.

I just finished edits on my January 2017 Fortunes of Texas book, A Fortune in Waiting. My hero is British and I had so much fun with his accent! In October of 2016, my next book for Montlake, Tell Me Again, releases and in December there’s Christmas on Crimson Mountain coming from Harlequin Special Edition.

Giveaway: I’d love to give away 3 copies of Always The Best Man, US only.

To enter Giveaway: Please complete the Rafflecopter form and Post a comment to this Q: What’s the best part of your summer so far? As strange as it sounds, mine is having kitchen countertops installed. We’ve been in the middle of a remodel and I’ve been without a kitchen since April. I finally see the light at the end of the tunnel!

Excerpt from Always The Best Man:

Hometown golden girl Emily Whitaker couldn’t have left Crimson in her rearview mirror fast enough…until life threw her some curveballs and she’s back—divorced and with a young son. Her brother’s wedding should have been a welcome reprieve, but Jase Crenshaw is the best man to her maid of honor. She’d steered clear of him when they were kids, but now Jase has become one highly irresistible man.

Jase always harbored a crush on his best friend’s sister. Back then, she was too good for the kid from the wrong side of the tracks. Now she thinks the upstanding town lawyer and mayoral candidate is too good for her. Can Jase convince the girl of his dreams they’re both actually perfect…for each other?
Book Links: 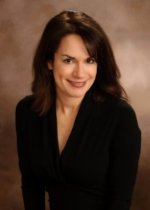 Michelle Major grew up in Ohio but dreamed of living in the mountains. Soon after graduating with a degree in Journalism, she pointed her car west and settled in Colorado. Her life and house are filled with one great husband, two beautiful kids, a few furry pets and several well-behaved reptiles. She’s grateful to have found her passion writing stories with happy endings. Michelle loves to hear from her readers at www.michellemajor.com.
Website | Facebook | Twitter |