Today it is my pleasure to Welcome author Carole Mortimer to HJ!

Hi Carole and welcome to HJ! We’re so excited to chat with you about your new release, Christmas Alpha!

Hi, and a Happy Christmas to everyone. Christmas Alpha (Alpha 1) is now FREE! 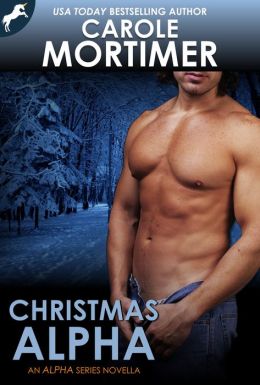 Finn Devlin is being stalked by his ex-girlfriend, and the last thing he wants or needs is to find himself stranded in a blizzard, four days before Christmas.

Eva Shaw isn’t the woman he’s mistaken her for. The woman he ‘hired’ from an ‘agency’…

While the blizzard continues to rage fiercely outside, while someone watches and waits…

“Just go down the hallway and through the door on the left, take your clothes off and get settled on the bed. I’ll join you as soon as I’m finished with this call.”
Eva was left standing on the doorstep, no longer even aware of the heavy snow swirling coldly about her, her cheeks now blazing with indignant color.

Everything about writng Christmas Alpha was fun for me. It’s the introductory novella to my bestselling Alpha series, and it’s also set at Christmasstime, which is my favorite time of year.
I love “mistaken identity” stories,and Christmas Alpha is definitely that.

The opening scene above. I would love to see how the actors playing the parts of the hero and heroine portrayed this pivotal scene.

A sense of warmth and love, and the belief that love can be found when you least expect it. Which is probably the best way?

The snow was falling heavier than ever outside, but even so Eva had no intentions of stepping into the house of a half-naked and angry man.
Let alone taking her clothes off and waiting for him in his bed.
It was eleven o’clock in the morning, but the fact that he was already half undressed would seem to imply he had already started without her—at least, without the woman he was expecting.
Which wasn’t her.
Eva rang the doorbell again just as he disappeared at the end of the hallway.
He returned back around the corner so fast Eva almost slipped on the snow as she took an involuntary step back from those blazingly angry—Irish blue?—eyes as he now strode back towards her. “What the feck is your problem—” He came to an abrupt halt halfway down the hallway as he looked at her more closely, those blue eyes narrowing suspiciously. “You aren’t the woman I hired from the agency.”
Eva raised surprised brows. This man was probably aged in his early thirties, several inches over six feet tall and spectacular looking. He also oozed sensuality from every pore of that magnificent body. This huge manor house, set in its own grounds in the Welsh mountains, meant he was probably quite wealthy too.
So why on earth would he need to ‘hire a woman’ from an
‘agency’ to go to bed with him? Unless he was into the kinky stuff? Whips and paddles?
Maybe that was the reason he lived out here in the middle of nowhere; so that the neighbors wouldn’t be able to hear the screams!

Finn Devlin is being stalked by his ex-girlfriend, and the last thing he wants or needs is to find himself stranded in a blizzard, four days before Christmas, with a woman he’s only just met but already knows he wants in his bed. Underneath him. On top of him. Any way he can get her!

Eva Shaw has no idea why Finn Devlin would choose to live alone in such a remote place miles from his nearest neighbors. One thing she does know, however—she isn’t the woman he’s mistaken her for. The woman he ‘hired’ from an ‘agency’…

While the blizzard continues to rage fiercely outside, the passion inside the house becomes even hotter and unstoppable. Taking Finn and Eva to new and undeniable heights of raw sensuality and desire.

While someone outside watches and waits…
Book Links: 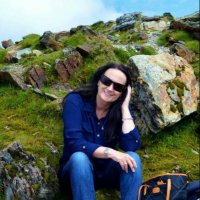 Carole Mortimer has written over 200 books, in contemporary and Regency romance, and is the Recipient of the prestigious 2015 Romance Writers of America’s Lifetime Achievement Award. She is an Entertainment Weekly Top 10 Romance Author—ever. 2014 Romantic Times Pioneer of Romance author. Was recognized by Queen Elizabeth II in 2012, for her “outstanding service to literature”.
She is married to her soul mate, Peter. They have 6 sons, and live on the Isle of Man
Website | Facebook | Twitter |

« Spotlight & Giveaway: How to Seduce a Scot by Christy English
REVIEW: Winter Wedding in Vegas by Janice Lynn »