Today, HJ is pleased to share with you Lauren Layne’s new release: Cuff Me!

Meet New York’s Finest-three hot brothers sworn to protect and serve the city they love . . . and the women who’ve stolen their hearts. 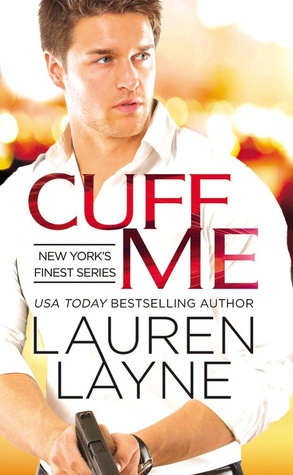 Vincent knows he’s not the most charming of the Moretti brothers. He prefers brooding to flirting, reading to talking, and he sure as hell isn’t about to give into his mother’s insistence that he ‘settle down with a nice girl.’ Luckily, Vincent’s gig as one of the NYPD’s top homicide detectives keeps him busy. As does his long-time partner, Jill Henley–a tough-as-nails cop with the face of an angel and smart mouth that makes Vincent crazy in all the worst ways.

After six years of working the homicide beat with the tight-lipped Vincent Moretti, Jill figure she knows him better than anyone. Which is not at all. But when their most recent case points to a potential serial-killer situation, the higher-ups send them on a rare undercover mission to a place no NYPD officer dares go: the Upper Eastside.

Now the bureau’s most antagonistic set of partners is posing as Mr. and Mrs. Brooks of Park Avenue. Spending 24/7 in the suspect’s territory brings them closer and closer to their killer . . . and closer to each other.

Soon Vincent and Jill are playing good cop/bad cop in and out of bed, and Jill’s falling hard. But can she convince Vincent to give her a shot as partner in life, as well as at the bureau?

Read an exclusive excerpt from Cuff Me:

Only a week after, he’d stuck out his hand and introduced himself as Tom, Tom Porter, in a sort of James Bondian way that made her giggle. They had been eating dinner at that very same hotel restaurant.
Only a week after that, dinner with Tom had become the norm rather than the exception.
The week after that?
They occasionally threw lunch into the mix, either her coming to meet him at some fancy place while her mom was in physical therapy, or him bringing fabulous picnicstyle lunches to her mother’s house, where he’d proceed to charm Jill’s mom almost as thoroughly as he charmed Jill.
Five weeks into Jill’s stay in Florida, Jill had stuck around for breakfast.
In his hotel room.
And then there’d been last night.
“Okay, okay, so he’s a dreamboat,” Elena said as the car crept slowly through rush hour traffic toward Manhattan. “How’d he pop the question? Champagne? Roses? Fancy restaurant with a water view?”
“Holy crap,” Jill said with a laugh. “Were you there?”
“I know all,” Elena said, extending her hands to the side as though she were some wise sage. “Did you see it coming at all?”
“Not even a little bit,” Jill admitted.
Not even with the expensive champagne, or the two dozen roses, or the fact that the restaurant staff seemed to be going out of their way to give Jill and Tom privacy at the terrace table overlooking the ocean.
She’d simply thought it had just been a really fantastic good-bye.
Instead it had been a bit more of a be mine forever and ever.
And Jill had said yes.
She’d said yes almost the second he’d gone down on his knee, not because she’d been that sure—she’d been pretty sure . .. sort of sure—she’d said yes because in that moment, Jill had wanted what Tom Porter was offering her.
A companion. A partner. Love.
And that’s what it came down to. Jill wanted to be loved. She wanted to love.
She loved her mother, obviously. And loved the memory of her father, God rest his soul.
And though she had no siblings of her own, the Morettis had filled that gap. And with the recent addition of Luc’s girlfriend, Ava, and Anthony’s new wife, Maggie, she had some amazing girlfriends to add to the mix.
And last, but never least, there was Vincent. Her partner. In some ways her best friend, although in a way that was different from her relationship with Elena.
But as much as Vincent sometimes seemed like two parts of the same whole, he’d always held a bit of himself back from her. From everyone.
He’d made no secret of the fact that he had no intentions of getting married, ever. Any fantasies Jill had had that her partner would one day wake up and see her were long gone.
Which left her a bit.. . lonely.
She wanted someone to come home to at the end of the long day who would just be there. Who’d pour her a glass of wine, maybe rub her feet and just listen.
Tom offered Jill what nobody else had offered her… ever.
Love. Commitment. A future.
And she knew that he loved her. Fast as their relationship had developed, she could feel it. And she loved him too. At least she was pretty sure.
“Aww, you like him,” Elena said teasingly, reaching out a finger and poking the dimple in Jill’s left cheek.
“I want to be happy, El. I want the happily-ever-after with someone who wants it with me.”
She met her friend’s eyes and saw from the flash of regret on Elena’s face that El understood what Jill wasn’t saying out loud.
I can’t wait for Vin forever.

Excerpt. ©Lauren Layne. Posted by arrangement with the publisher. All rights reserved. 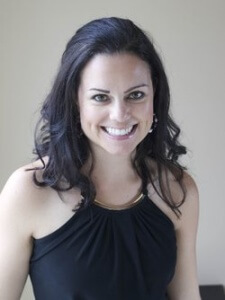 Lauren Layne is the USA Today Bestselling author of more than a dozen contemporary romance novels.
Prior to becoming an author, Lauren worked in e-commerce and web-marketing. A year after moving from Seattle to NYC to pursue a writing career, she had a fabulous agent and multiple New York publishing deals.
Lauren currently lives in Manhattan with her husband and plus-sized Pomeranian. When not writing, you’ll likely find her running (rarely), reading (sometimes), or at happy hour (often).
Author Links Website | Facebook | Twitter | Goodreads | Instagram | Pinterest

« REVIEW: Getting It Back by Elizabeth Harmon
Spotlight & Giveaway: Need You for Mine by Marina Adair »

53 Responses to “Spotlight & Giveaway: Cuff Me by Lauren Layne”