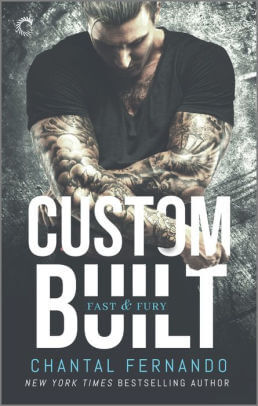 After losing her job, saying goodbye to a lifelong dream, and having an all-around cruddy year, Bronte Pierce needs a break. A job at Fast & Fury might be just the thing to reset her life, even though she knows nothing about custom motorcycles. But taking a job isn’t the same as keeping it, and her fresh start quickly turns into a fresh nightmare.

Starting with her boss. Crow is hard-headed, stubborn and brutally honest. He may be easy on the eyes, but he runs with an MC, and he’s anything but friendly to Bronte. She suspects he has a softer side—just not for her.

Her whole life, Bronte has known that the only person she can truly count on to save the day is herself. But when a single murder turns into a conspiracy and the threat to her life is more than she can handle alone, it’s Crow who comes through—and her newfound family might just become her greatest strength.

Excerpt. ©Chantal Fernando. Posted by arrangement with the publisher. All rights reserved.