Today, HJ is pleased to share with you R.C. Ryan new release: LUKE

Hi Ruth and welcome to HJ! We’re so excited to chat with you about your new release, Luke! 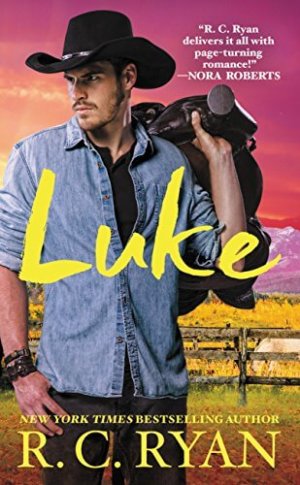 This scene occurs after these two have had a chance to develop a relationship. Each one understands the other.

Besides being hot, it shows their playful side, as well.

Ingrid has some pretty tough issues in her life, and Luke provides her the opportunity to just relax and enjoy the journey from strangers to friends to passionate lovers.

As they splashed through Glacier Creek, Luke shot her a sideways glance. “That water looks mighty tempting. Care to go skinny-dipping with me?”

At her words, his hopes soared.

She lowered her voice. “But Mick will have supper ready, and it wouldn’t be fair to keep him waiting on his first day home with all that fancy food to choose from.”

“Oh, I don’t know about that.” Luke slid from the saddle to drink, allowing his horse to do the same. “We wouldn’t be that late.”

To add to her temptation, he caught a handful of water and tossed it at her. “Can’t you forget your schedule for a little while and just play?”

“Oh. You want to play?” Without warning she was out of the saddle and into the stream, kicking a spray of water in his face.

A sexy smile curved his mouth as he wiped water from his eyes. “Lady, you just sealed your fate.”

He made a dive for her, but she evaded him and sent another spray of water his way. She almost managed to run away, but he caught her ankle and she dropped face-first into the water.

She came up sputtering, only to find him standing over her, wringing out his soaked shirt, dripping a steady stream of water on her head.

She wiped at her eyes before making a grab for Luke. His reflexes were quick, but his foot slipped on a submerged log and he fell backward. Ingrid was on him in a flash, ducking his head below water when he tried to surface.

With a shout he wrapped both arms around her and dragged her under with him.

They came up laughing. But as they continued wrestling, each fighting to topple the other, their laughter suddenly died in their throats when Luke lowered his head and captured her mouth.

For a moment Ingrid pushed back, eyes wide with surprise. Then, without a word she wrapped her arms around his neck and kissed him with a hunger that caught them both by surprise.

They lingered over the kiss, taking it deeper, then deeper still, until they were both struggling for breath.

With his chest heaving, Luke nibbled the corner of her jaw. “Lucky thing we have all this nice, cold water. Otherwise, at least one of us would have gone up in flames.” He stared into her eyes. “For a woman who doesn’t like to be kissed, you’ve really seem to have mastered the art.”

“Thanks.” Her voice was a purr of pleasure. “I thought I’d give it a try.”

“Let’s try it again.” He lowered his face, his lips moving ever so slowly over hers, tasting, teasing, until, on a sigh, she wrapped her arms around his waist. When her hands came in contact with his naked flesh, she paused for a heartbeat before sighing and giving herself up to the purely sensuous feelings that curled along her spine.

When she came up for air, she touched a hand to his cheek. “That’s nice. I do like kissing you, Luke.”

“That’s good to know. Because I intend to do a whole lot more of it.”

He dipped his head and took her mouth. The kiss spun on and on until their breathing grew strained and their hearts were pumping.

He reached for the ends of her damp shirt. When his fingers fumbled, she surprised him by slipping her hands beneath his and quickly tugging it over her head.

He stared down at her with a look of pure male appreciation. “Oh, lady. Now you’ve done it. If a kiss is an invitation, getting half naked is a royal command.”

He gathered her close and kissed her with a depth of passion that had them both struggling for every breath. “You know I want you, Ingrid,” he said with a raw voice. “But you need to tell me if I’m misreading…”

She pressed a finger to his lips. “Yes.”

She smiled then. A sly, woman’s smile. “Yes, Luke. I want the same thing you want.”

“Oh, God.” On a moan he scooped her up and strode to the shore, laying her down in the grass and stretching out beside her.

There were no words between them as he dragged her close and nearly devoured her in a kiss so hot, so hungry, it rocked them both.

She responded, pouring herself into every kiss, every touch, with a passion that had them rolling in the cool grass together, hands clutching, mouths seeking as they kicked off their boots and shed their jeans.

Seeing her reaching for the fasteners of her bra he whispered, “Let me help you out of—” In his haste he tore it from her. “Sorry. I didn’t mean to…” He shook his head. “I want to be gentle, but…”

“I’m not some delicate flower, Luke.” She framed his face with her hands and smiled. “I’m just a woman.”

“Never call yourself just a woman. You’re the most beautiful—” he closed his hands over hers and leaned in to kiss her “—most dazzling woman I’ve ever known. And you’ve got me so tied up in knots…”

Against his lips she murmured, “I think we should untie those knots.”

His look was fierce. “Oh, the things I want to do with you.”

She touched a finger to his lips. “Stop talking and show me, cowboy.”

It was all the invitation he needed.

Excerpt. ©R.C. Ryan. Posted by arrangement with the publisher. All rights reserved.

Giveaway: Print copy of LUKE (The Malloys of Montana)

To enter Giveaway: Please complete the Rafflecopter form and post a comment to this Q: What things are needed in a relationship to take it from a hook-up to a deep, lasting love?

This scene occurs after these two have had a chance to develop a relationship. Each one understands the other.

Besides being hot, it shows their playful side, as well.  Ingrid has some pretty tough issues in her life, and Luke provides her the opportunity to just relax and enjoy the journey from strangers to friends to passionate lovers. 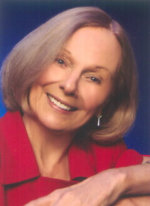 New York Times bestselling author R.C. Ryan has written more than ninety novels, both contemporary and historical. Quite an accomplishment for someone who, after her fifth child started school, gave herself the gift of an hour a day to follow her dream to become a writer.

In a career spanning more than twenty years, Ms. Ryan has given dozens of radio, television, and print interviews across the country and Canada, and has been quoted in such diverse publications as the Wall Street Journal and Cosmopolitan. She has also appeared on CNN News, and Good Morning America.

You can learn more about R. C. Ryan and her alter ego Ruth Ryan Langan at: RyanLangan.com
Twitter, @RuthRyanLangan