Today it is my pleasure to Welcome author Natasha Anders to HJ!

Hi Natasha and welcome to HJ! We’re so excited to chat with you about your new release, More Than Anything! 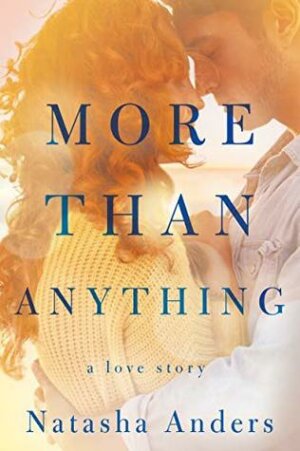 Two lovers strive to trade a grim past for a bright future in this story of bittersweet yearning.

Tina and Harris have both made plenty of mistakes leading up to this book. They’re flawed but caring individuals. Tina holds her secrets and resentments close to her heart. She confides in no-one and bottles up her negative emotions to the extent that it has poisoned her closest relationships. She is stuck in a rut and cannot settle into any job or career for too long.

Harris is the one who surprised me, because he was a lot sweeter than I expected him to be. He was patient, loving and desperate to break through Tina’s emotional barriers. I was expecting him to be a bit more a-holey but there was very little of that. He has made regrettable decisions in the past and those decisions led to a great deal of pain for both Tina and Harris. All he wants is to make up for them.

Their first kiss happened ten years ago. They were young and completely wrapped up in each other. They were slow dancing and when it happened it was breathtaking and innocently sweet. And shortly after that, everything went straight to hell.

Without spoiling too much of the book, I think when Tina finally tells Harris the secret she’s been keeping from him would make a great audition scene. It’s a highly-charged, emotional moment and the actors would have to draw on anger, regret, grief, shock and sensitivity all at the same time.

We all need friends and family to help us through the dark times. Tina’s life and emotions remained in stasis for way too long because she chose not to turn to those closest to her.

I am currently working on two completely different projects. One is light and sweet and funny and the other is dark and intense and almost gothic. I’m very excited about both stories.

My next 2019 release is Nothing But This, the second book in The Broken Pieces series it tells the story of Libby and Greyson. You catch glimpses of their story in More Than Anything.

Giveaway: Digital copy of MORE THAN ANYTHING (The Broken Pieces #1) by Natasha Anders (Gifted via Amazon)

Tina Jenson belongs to the same social stratum as Harris Chapman, but he’s out of her league—at least that’s what she thinks before they jump in bed together. It’s the perfect night, but when she overhears crude, hurtful comments the next morning, she can’t get away fast enough.

Ten years later, Tina’s life is a mess. That night with Harris didn’t just hurt her feelings; it started a cascade of disappointment and heartbreak. Every time she bumps into Harris, her heart twists inside out. She still wants him, but she’s harboring a painful secret from their night together that she’s not ready to reveal.

Crossed signals, high-society whispers, and shame have kept Tina and Harris apart for years, but deep down, they’re hungry for each other and eager to write their own rules. Can they let go of the past and find their way back to each other, or are the barriers between them too high and too strong? 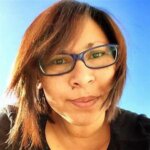 Natasha Anders was born in Cape Town, South Africa. She spent the last nine years working as an assistant English teacher in Niigata, Japan, where she became a legendary karaoke diva. Natasha is currently living in Cape Town with her temperamental and opinionated budgie, Sir Oliver Spencer, who has kindly deigned to share his apartment with her. Please feel free to contact her (or Oliver) on Twitter @satyne1.
Website | Facebook | Twitter | GoodReads |

« Spotlight & Giveaway: The Earl Next Door by Amelia Grey
REVIEW: His to Claim by Brenda Jackson »

18 Responses to “Spotlight & Giveaway: More Than Anything by Natasha Anders”