Today it is my pleasure to Welcome author Colleen Hoover to HJ! 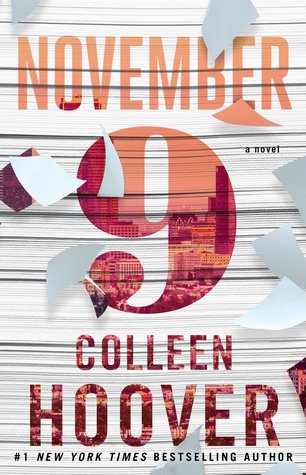 November 9 is the story of two people, Ben and Fallon. They meet on November 9th, the day she’s moving across the country. They have an amazing connection and end up spending the day together. They are only eighteen when they meet and they each have goals they hope to accomplish with their lives. They know if they start a long-distance relationship, it will interfere with them reaching their personal goals. They agree to meet up once a year to follow-up with each other and make sure they’re both fulfilling their goals, but also because they know they have this special connection that is too rare to ignore. Each chapter of the book is a different November 9th, so on the one day a year they meet, we get a peek into their lives and hearts.

I wonder what kind of sound it would make if I were to smash this glass against the side of his head.
It’s a thick glass and his head is hard. The potential for a nice big THUD is there.

Okay, so these aren’t so much “fun” as they are “creepy.”

I would definitely use the scene where Fallon and Ben meet for the first time. I think the initial meeting is the most important in a film because you want to ensure the characters have good chemistry and are relatable to viewers.

My father actually looks remorseful, and I contemplate laying off the bitterness and being a little nicer to him. However, before anything nice can come out of my mouth, the guy in the booth behind my father begins to stand up and my attention span is shot to hell. I try to pull my hair back in front of my face before he turns around, but it’s too late. He’s already staring at me again.
The same smile he shot at me earlier is still affixed to his face, but this time I don’t look away from him. In fact, my eyes don’t leave his as he makes his way to our booth. Before I can react, he’s sliding into the seat with me.
Holy shit. What is he doing?
“Sorry I’m late, babe,” he says, wrapping his arm around my shoulders.
He just called me babe. This random dude just put his arm around me and called me babe.
What the hell is going on?
I glance at my father, thinking he’s in on this somehow, but he’s looking at the stranger next to me with even more confusion than I probably am.
I stiffen beneath the guy’s arm when I feel his lips press against the side of my head. “Damn L.A. traffic,” he mutters.
Random Dude just put his lips in my hair.
What.
Is going.
On.
The guy reaches across the table for my father’s hand. “I’m Ben,” he says. “Benton James Kessler. Your daughter’s boyfriend.”
Your daughter’s . . . what?
My father returns the handshake. I’m pretty sure my mouth is hanging open, so I immediately clamp it shut. I don’t want my father to know I have no idea who this guy is. I also don’t want this Benton guy to think my jaw is touching the floor because I like his attention. I’m only looking at him like this because . . . well . . . because he’s obviously a lunatic.
He releases my father’s hand and settles against the booth. He gives me a quick wink and leans toward me, bringing his mouth close enough to my ear to warrant being punched.
“Just go with it,” he whispers.
He pulls back, still smiling.
Just go with it?
What is this, his improv class assignment?
And then it hits me.
He overheard our entire conversation. He must be pretending to be my boyfriend as some weird way to stick it to my father.
Huh. I think I like my new fake boyfriend.

I’m currently working on a book called IT ENDS WITH US. It’s about two guys who are in love with the same girl at different points in their lives. It’s from both guys’ points of view, and before anyone thinks “love triangle!” and runs away, it’s technically not a love triangle. I like to describe it as more of a love perpendicular, which won’t really make sense until you read it.

To enter Giveaway: Please complete the Rafflecopter form and Post a comment to this Q: Have you ever blocked a potential love interest on social media?

Fallon meets Ben, an aspiring novelist, the day before her scheduled cross-country move. Their untimely attraction leads them to spend Fallon’s last day in L.A. together, and her eventful life becomes the creative inspiration Ben has always sought for his novel. Over time and amidst the various relationships and tribulations of their own separate lives, they continue to meet on the same date every year. Until one day Fallon becomes unsure if Ben has been telling her the truth or fabricating a perfect reality for the sake of the ultimate plot twist.

Can Ben’s relationship with Fallon—and simultaneously his novel—be considered a love story if it ends in heartbreak? 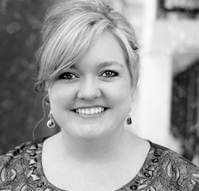 « Spotlight & Giveaway: Once Kissed by Cecy Robson
REVIEW: A Woman of Passion by Anne Mather »