Today it is my pleasure to welcome romance author Red Garnier to HJ! 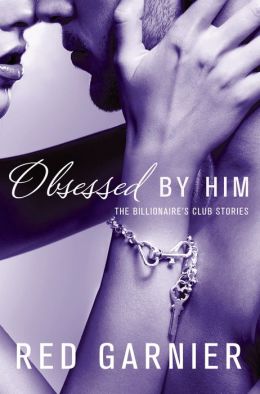 I’d say my novels feature one of my favorite things in romance novels; sexy alphas who don’t really know they’re looking for love, but find it nonetheless! ☺

I love reading in all genres, am a fan of spicy food, am kind of shy in person, and consider myself very happily married and in love.

What is your favorite trope to read, one you will never get tire off?

I think my absolute best most beloved trope is the best friend of the older brother in love with the heroine but stuck . . . unable to do anything because that’s just not the right thing to do to your friend, dude!

Let’s talk about your newest release: OBSESSED BY HIM

Five sexy, powerful billionaires who aren’t looking for love end up meeting their matches in five very special ladies. Each story is a novella of a special couple and has been previously released in ebook format, and now they’ve all been compiled into a long book, released in print by St. Martin’s Press. I could not be more thrilled.

Let’s start with the men, because they always capture my attention, sexy as they are.
Graves Buchanan, Daniel Lexington, Luke Preston, Andrew Fairchild, and Cade West. I love each and every one of them even though they are so different.

I think my favorite is the first scene, of the first story, CLAIMED BY HIM.

Oh I can’t pick a hard scene, except perhaps BOUND BY HIM was the one I most revised and worked on, among all 5 books, and it turns out to be one of the reader favorites! So I guess the hard work on it paid off.

I’m working on a different category story, currently, which I hope to finish next year and share!

The best place is my website www.redgarnier.com – I love hearing from readers!

GIVEAWAY: 2 print copies of OBSESSED BY HIM

To enter Giveaway: Please complete the Rafflecopter form and post a comment to this Q: If anyone has read any of my books, which has been your favorite character? If you’re still unfamiliar with my work then I’d love to hear what your most favorite recent read has been and why you loved it?

46 Responses to “Spotlight & Giveaway: Obsessed by Him by Red Garnier”