Today it is my pleasure to spotlight the release of SECRET HARBOR by Anna Sullivan! 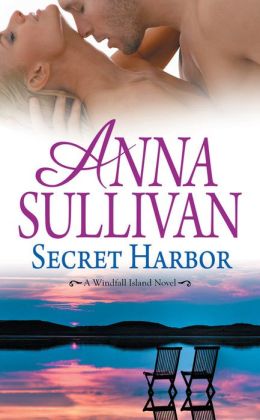 Ten years ago, Paige Walker left her beloved home of Windfall Island to become an actress in Hollywood. Now she’s coming back a star, honored with awards and beset by scandal. Escaping from a tabloid frenzy of gossip and lies, Paige wants nothing more than to surround herself with old friends. She never expected to meet an infuriating-and sexy-stranger . . . or to find herself in true danger.

Brilliant attorney Alec Barclay came to Windfall to look for the kidnapped, long-lost heir to the Stanhope family fortune. What he finds is the most beautiful and enigmatic woman he has ever known. If his suspicions are correct, she’s the heir he’s been looking for . . . and the target of a deadly conspiracy. Drawn together by desire-but haunted by secrets of the past-Alec and Paige try to unlock a mystery as dangerous as it is irresistible. But every passion has a price . . . 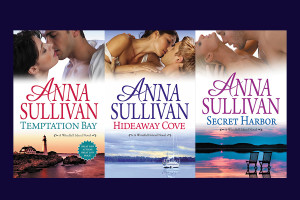 To enter Giveaway: Please complete the Rafflecopter form and Post a comment to this Q: What did you think of the excerpt spotlighted here? Did it hook you in…leave you craving more?

Anna Sullivan was born and raised in southeastern Michigan, the seventh of nine children, whose claim to fame was reading five books a week in grade school. Needless to say, her obsession with the written word only grew from there–despite a short, and misguided, foray into the world of computer science (the “sensible” job path). She still lives in Michigan, with her husband, three children and two dogs whose life of leisure she envies but would never be able to pull off.

« Spotlight & Giveaway: I Loved a Rogue by Katharine Ashe
REVIEW: The Trouble with Texas Cowboys by Carolyn Brown »