Today it is my pleasure to Welcome author Lindsay McKenna to HJ!

Hi Lindsay and welcome to HJ! We’re so excited to chat with you about your new release, SECRETS!

Thanks Sara! Always glad to come ‘home’ to you and your wonderful readers! 😉 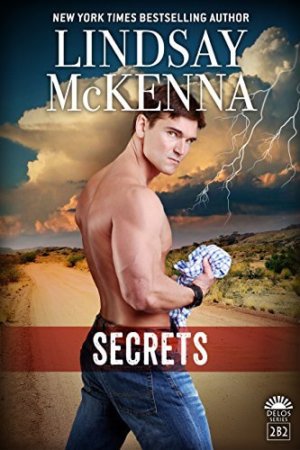 I had no idea that I’d write SECRETS at all! I had originally written TANGLED PURSUIT (11.11.2015) , Book 2 of the Delos series with Tal Culver and Wyatt Lockwood. When I wrote their sequel, UNBOUND PURSUIT (9.29.16) the ‘villain’ of the novella suddenly became a powerful player in it. I got so entangled in Mark Reuss and his story, that I HAD to write it. I’ve never written a book or novella about a villain before. So, this was new to me but I plunged in and let him tell me HIS story.
Mark Reuss and his sister Sage, grew upon the ranch butting up against the Lockwood family’s Texas ranch. Mark was seen by everyone as a ‘bad seed,’ someone who had no luck at all, who was hated by his abusive father, and he had anger issues. The only person in Mark’s life that was good, clean and beautiful was Mattie Lockwood, Wyatt’s younger sister. In times of trouble or need, Mattie was always there for him, never judging him, but treating him compassionately. He is a man of many secrets that he carries in his dark soul. One is that he fell in love with Mattie in the first grade and had never not loved her. Mattie had no idea, however. This is a story of redemption, of Mark trying desperately to rid himself of his dark past and start all over. But the cosmos conspires and Mark tries to prepare himself to lose Mattie forever. Darkness surrounded him. Could love rescue him…

Mark Reuss was in such deep shit he couldn’t see daylight anymore. His lower, left arm ached so badly he wanted to yell like a banshee, but the blackness of the Texas night, the biting December cold seeping into his body, made him call on all his Recon Marine skills to escape up the hill.
He kept his night-vision goggles over his eyes as he climbed. Below him ATF, DEA, Border Patrol, and FBI agents swarmed around an eighteen-wheeler truck.

Mark Reuss was a villain in Unbound Pursuit. He had been his father’s punching bag from five years old onward when his mother died in childbirth (bled to death and refused to go to the hospital to birth. She birthed Mark in their bedroom without complications). He’s protected Sage, his younger sister, ever since, saddled with her, practically raising her himself. In school, he always got into fights, his temper getting the best of him. Coming out of a dysfunctional family, Mark struggled to prove to the people of Van Horn that he was a ‘bad seed.’ There were plenty of surprises regarding Mark, but I can’t reveal them because they’re intrinsic to the heart of the story.

Mattie Lockwood, 28, was a rancher’s daughter. She had loving parent and there were four children, Wyatt the oldest. She put herself through college and became a Kindergarten teacher in Van Horn. From the moment she met Mark Reuss in the first grade, she’d fallen in love with him. But he was seen as dark, as someone not to hang out with, who was dangerous and sullen, not to mention, his hair-trigger temper. It didn’t matter to Mattie….she saw his heart and knew it wasn’t black as many people in the town had said. She saw the good in him, even if he didn’t see it in himself.

Making it to the darkened highway, he began a fast jog toward Van Horn, eight miles away. He could easily make a series of ten-minute miles toward his destination. As a Marine Recon, he was used to carrying a fifty-pound pack on his back while on his missions. All he had to do was get off the highway if he saw headlights coming his way, since Mark did not want to be spotted by any traffic. Usually at this time of night, there was none. But more US government vehicles could be speeding this way, called in to help with the survivors found in those semi-trucks owned by Cardona.
His heart turned toward Mattie. The least he could do was apologize for his abrupt behavior two days ago. How he ached to see her, to be near her. But to do that could put her and her entire family in danger from Cardona. The drug lord had spies in every Texas town along the border.
Mattie was his touchstone, the one person in his life he could never be without. And yet, he was about to disappear again from her life without an adequate explanation.
How would she react to him banging on her front door in the middle of the night? Would she even let him in? Mark wasn’t sure after the debacle at Mattie’s kindergarten school with Tal Culver. More than anything, he needed Mattie—more than life. She owned his heart and she didn’t even know it.

That no matter how wounded we are, and we know we all fall short in some way, shape or form, that we’re basically and intrinsically a good person at heart. And that some wounds are so deep, and you recognize that in another person, you don’t judge them, you give them a long rope to run around on. When a person is physically abused, it changed the structure of their brain. But that doesn’t make them bad. It just makes them wounded. We all need to be more like Mattie Lockwood.

Giveaway: One autographed paperback copy of SECRETS.
USA only.

To enter Giveaway: Please complete the Rafflecopter form and Post a comment to this Q: Have you ever been gossiped about? Did it hurt you? How did you handle it?

Mark Reuss’ childhood was a living hell. The only bright spot in his life during those dark days was his best friend, Mattie Lockwood. Her beauty and spirit called out to him, but he didn’t want to drag her down into the gloom his life had become. So when he graduated high school, he joined the Marine Corps and left his past—and Mattie—behind.
Or so he thought. Mark never forgot Mattie, or stopped wanting her. Now he’s back in town, ready to face his demons and make a life with her. But before he can set his plans in motion, Mark must suddenly disappear once again, but it means keeping secrets from Mattie. Will he once again have to let go of the woman he loves?
Book Links: 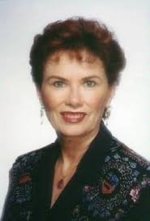 A U.S. Navy veteran, Lindsay McKenna was a meteorologist while serving her country. A pioneer of the military romance genre in 1993 with Captive of Fate. Her heart and focus is on honoring our military men and women. Creator of the Wind River Valley Series for Kensington Books, she writes emotionally and romantically intense suspense stories. She is also the creator of the DELOS Series, a family saga/series that is a romantic suspense. Visit her online at her website.
Website | Facebook | Twitter | Instagram | GoodReads |