Today it is my pleasure to Welcome author Susan Wiggs to HJ!

Thanks for having me. It’s the next-best thing to being there. 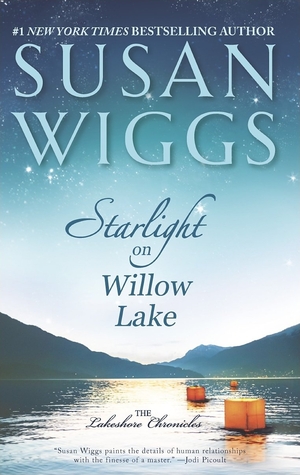 This novel comes from a heartfelt, personal event in my own life–caring for my beloved, elderly dad. The main character, Faith, was inspired by the caregivers who work so selflessly for the people they look after. I often wonder what their lives are like at the end of a long, arduous day, when they’ve exhausted every bit of their patience, tenderness, compassion and sweat labor. What do they go home to? Who cares for them?
These questions are at the heart of Starlight on Willow Lake. And as I wrote this novel, the answers surprised even me. The unlikely pairing of international financier Mason Bellamy, and the lonely young woman in charge of his mother’s care compelled me from beginning to end. Their instant, sizzling chemistry set the tone for a passionate, funny, heartbreaking and ultimately uplifting love story.

Mason Bellamy stared up at the face of the mountain that had
killed his father. The mountain’s name was innocent enough—
Cloud Piercer. The rich afternoon light of the New Zealand
winter cast a spell over the moment. Snow-clad slopes glowed
with the impossible pink and amethyst of a rare jewel. The
stunning backdrop of the Southern Alps created a panorama of
craggy peaks, veined with granite and glacial ice, against a sky
so clear it caused the eyes to smart.

The first meeting of Faith and Mason. It’s a very raw, tense scene and would be great on screen! She is late for her job interview with him because she’s helping an accident vicitm, using all her nursing skills. She doesn’t realize the guy in the scene is Mason:

…”I have to get to the ER for blood-and-body-fluid exposure and I’m already late for an appointment,”Faith said. Maybe, just maybe, Mr. Bellamy would understand. “I’ve got a job interview.”
“Actually,” said the guy in the expensive suit, “you don’t.”
She paused, checking the area for her belongings. “I beg your pardon.”
“The job interview.” He still looked shell-shocked by all the carnage as he turned to Faith. “It’s not going to be necessary.”
“And why would that be?” she asked in annoyance.
He loosened his collar, further smearing himself with the motorcyclist’s blood. “Because you’re already hired.”

Despite the serious storyline, the book features the elements closest to my heart–mismatched lovers, glorious scenery by a magical lake, the bonds of friends and family, several doses of humor and as always, the incredible power of love to give life its deepest meaning.

Exciting news for this fall–one of my favorite historical romances, MIRANDA, will be reissued in October. This award-winning Regency-era historical has been out of print since 1996.

To enter Giveaway: Please complete the Rafflecopter form and Post a comment to this Q: Who are the wise elders in your life? What’s the best advice you’ve ever heard from them? When it’s your turn to be the wise elder, what’s the key piece of advice you’d like to pass along?

Excerpt from Starlight on Willow Lake:

In every love story, there comes a moment when the lovers finally stop denying their attraction and decide to give it a go. In Starlight on Willow Lake, financier Mason Bellamy wants to bring small-town Faith into his world–the glitzy side of Manhattan. He goes to great pains to set up a date.
But as we all know, dating is fraught with peril. Here’s a glimpse of the Big Ask, followed by the Nervous Prep, the Execution and the Outcome.
What do you think? Do these two have a shot?

When caregiver Faith McCallum arrives at the enchanted lakeside estate of Avalon’s renowned Bellamy family, she’s intent on rebuilding her shattered life and giving her two daughters a chance at a better future. But she faces a formidable challenge in the form of her stubborn and difficult new employer, Alice Bellamy. While Faith proves a worthy match for her sharp-tongued client, she often finds herself at a loss for words in the presence of Mason Bellamy—Alice’s charismatic son, who clearly longs to escape the family mansion and return to his fast-paced, exciting life in Manhattan…and his beautiful, jet-setting fiancée.

The last place Mason wants to be is a remote town in the Catskills, far from his life in the city, and Faith McCallum is supposed to be the key to his escape. Hiring the gentle-hearted yet strong-willed caregiver as a live-in nurse gives his mother companionship and Mason the freedom to return to his no-attachments routine. For Faith, it means stability for her daughters and a much-needed new home. When Faith makes a chilling discovery about Alice’s accident, Mason is forced to reconsider his desire to keep everyone, including his mother, at a distance. Now he finds himself wondering if the supercharged life he’s created for himself is what he truly wants…and whether exploring his past might lead to a new life—and lasting love—on the tranquil shores of Willow Lake.
Book Links: 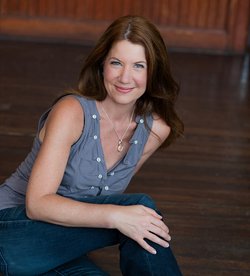 Using blunt scissors, pages from a Big Chief tablet, a borrowed stapler and a Number Two pencil, Susan Wiggs self-published her first novel at the age of eight. A Book About Some Bad Kids [I still have this-CL] was based on the true-life adventures of Susan and her siblings, and the first printing of one copy was a complete sell-out.

Due to her brother’s extreme reaction to that first prodigious effort, Susan went underground with her craft, entertaining her friends and offending her siblings with anonymously-written stories of virtuous sisters and the brothers who torment them. The first romance she ever read was Shanna by the incomparable Kathleen Woodiwiss, which she devoured while slumped behind a college vector analysis textbook. Armed with degrees from SFA and Harvard, and toting a crate of “keeper” books by Woodiwiss, Roberta Gellis, Laurie McBain, Rosemary Rodgers, Jennifer Blake, Bertrice Small and anything with the words “flaming” and “ecstasy” in the title, she became a math teacher, just to prove to the world that she did have a left brain.

Late one night, she finished the book she was reading and was confronted with a reader’s worst nightmare—She was wide awake, and there wasn’t a thing in the house she wanted to read. Figuring this was the universe’s way of taking away her excuses, she picked up a Big Chief tablet and a Number Two pencil, and began writing her novel with the working title, A Book About Some Bad Adults. Actually, that was a bad book about some adults, but Susan persevered, learning her craft the way skydiving is learned—by taking a blind leap and hoping the chute will open.

Her first book was published (without the use of blunt scissors and a stapler) by Zebra in 1987, and since then she has been published by Avon, Tor, HarperCollins, Harlequin, Warner and Mira Books. Unable to completely abandon her beloved teaching profession, Susan is a frequent workshop leader and speaker at writers’ conferences, including the literary institution Fields End and the legendary Maui Writers Conference. Her novel The Charm School was voted one of RWA’s Favorite Books of the Year. She is the proud recipient of three RITA awards for Lakeside Cottage, Lord of the Night and The Mistress, and is often a finalist for the prestigious award. Her books appear regularly on numerous “Best Of” lists.

Susan enjoys many hobbies, including sitting in the hot tub while talking to her mother on the phone, kickboxing, cleaning the can opener, sculpting with butter and growing her hair. She lives on an island in the Pacific Northwest with her family.
Website | Facebook | Twitter |