Today it is my pleasure to Welcome author Susan Donovan to HJ!

Hi Susan and welcome to HJ! We’re so excited to chat with you about your new release, Stealing Taffy!

Hello to all the junkies out there! I love you guys and thank you for the kind invitation. 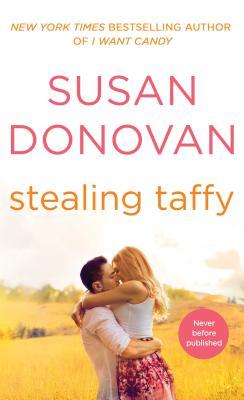 STEALING TAFFY is the third novel in my Bigler, North Carolina series, which also includes CHERI ON TOP and WANT CANDY. This is the story of Cheri’s piece-of-work sister, Tanyalee Marie Newberry (aka Taffy). Today I’m going to share three facts about the book. Two of these facts are fun. One is downright horrible. But they explain why I think the backstory to STEALING TAFFY is almost as nail-biting as the novel itself.

When I proposed the Bigler series to St. Martin’s Press back in 2010, they asked for two novels about best friends who lose everything in the real estate collapse and are forced to return to their hometown in the hills of western North Carolina. So I wrote the sexy and suspenseful adventures of Cherise (Cheri) Newberry and her BFF Candace (Candy) Carmichael. Cheri’s sister Tanyalee appeared in both books, and my editor liked her so much that she asked me to write Taffy’s story, too.

I’d already made Taffy so unlikeable, so irredeemable, so hilariously over-the-top awful that I had no idea how I would turn her into a heroine. It was a wild ride, but I did it, and now I consider Taffy one of my all-time favorites. She’s about as flawed as a character can get, but for readers who enjoy a funny and sexy redemption story, this one’s for you!

This book was supposed to be turned in early in 2012 and published in 2013, and yet here we are in August of 2016. You might be wondering how that happened. All authors complain about running late on deadlines, right? But three years? This has to be some kind of record!

HORRIBLE FACT #1: I was halfway through the book when I almost died.

In early December of 2011, I thought I had the flu, and put off going to the doctor. I ended up on a Medevac helicopter headed to University of Maryland’s Shock Trauma Unit, where they determined I was in septic shock. All my organs had failed. I had almost no blood pressure and a sky-high fever. My heart went into tachycardia.

Fast forwarding…after three months of hospitalization and more than twenty surgeries, I was sent home with a pacemaker, one leg, and minor brain damage. I couldn’t remember my name let alone write a romantic comedy novel. I tried many times to finish TAFFY and failed…it was impossible for me to return to a story I’d written in what now felt like a past life. So I set TAFFY aside and worked on another series. Finally, in early 2015, I decided to start all over, and it was a happy day in August of last year when I sent my editor the completed manuscript. Exactly a year later, we have publication!

Many people have asked if my ordeal changed me as a writer, and I think the answer is yes. Though STEALING TAFFY is a sexy and funny contemporary romance with a dose of suspense, it’s theme turned out to be the meaning of forgiveness and family. I truly hope my readers enjoy this novel, and I thank them — and my publisher! — for their patience.

I couldn’t really say I’d recovered from this ordeal until I’d written “THE END” on the novel I’d been writing when it all started. Finishing STEALING TAFFY has been a big part of my healing.

This scene takes place at an Alcoholics Anonymous meeting in a church basement in Asheville, North Carolina. DEA Agent Dante Cabrera is attending his regular meeting after being away on assignment. He hasn’t been able to forget his one-night-stand with a woman named Taffy, whom he never saw again.
Until…

Copyright © 2017 by Susan Donovan and reprinted by permission of St. Martin’s Paperbacks.

Ten weeks in a swanky Arizona rehab center and Tanyalee Newberry, aka Taffy, is ready to give up everything that isn’t good for her—her forgery habit, taking (i.e., stealing) things that don’t belong to her, and, of course, men. But when her flight home gets rerouted, she finds herself in a hotel room with her smoking-hot travel companion. One night together is all it should have been. But passion is oh-so sweet…

Special Agent Dante Cabrera has been duped at his own love-’em-and-leave-’em game by this so-called Taffy. To forget she ever existed, Dante buries himself in his work…until a case leads him to North Carolina and, impossibly, right back to her. He has no business messing around with this felonious femme fatale, especially one who could be in more danger than she thinks. But Dante also knows there’s more to her than great looks and hot nights—a soul-searching woman who wants amend her past sins. Is he ready to take their desire to the next level…and steal Taffy’s heart? 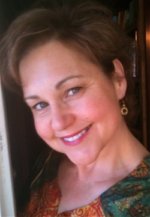 SUSAN DONOVAN’s novels have won accolades for being witty, sexy, and entertaining. A former newspaper reporter with journalism degrees from Northwestern University, Susan is a New York Times and USA Today bestseller whose novels have been translated into dozens of languages. Susan is a two-time RITA Award finalist, and her novel Take a Chance on Me was named Best Contemporary Romance of 2003 by RT Book Reviews Magazine. She lives in New Mexico with her family and assorted dogs.