Today it is my pleasure to Welcome author Susan Carlisle to HJ!

Hi Susan and welcome to HJ! We’re so excited to chat with you about your new release, The Brooding Surgeon’s Baby Bombshell! 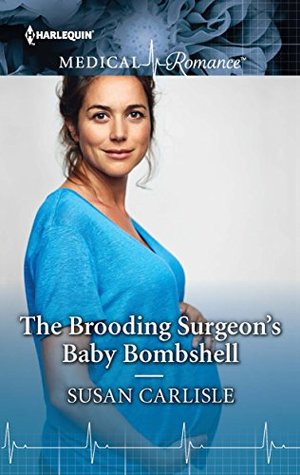 Gabe and Zoe have been serving on a committee together for over a year. They only see each other twice a year. Both have noticed each other but it isn’t until they are stuck at a hotel overnight because of bad weather that they act on the attraction.Six months later, Gabe discovers Zoe is expecting. She says that he doesn’t have to feel responsible. Having grown up without a father, Gabe refuses to let his child do the same. When Zoe needs a place to live after a fire, Gabe offers his home. She accepts but only until the baby is born.Living under the same roof, they find they make a great team and wonder at the possibility of becoming a real family. Zoe knows she loves Gabe but he isn’t sure he can offer that. When she is in a car accident, Gabe realizes he can’t live without Zoe’s and her love.

His heart thundered in his ears when her hands covered his, her fingers interlacing with his. She moved them down and around until they cupped the tight globe encasing their baby.

I got the idea for this book from a real life experience. No! Not the baby part, but the meeting part where I would attend a committee meeting every six months.I did the “what if?” and came up with the idea of two people on a committee falling in love who didn’t see each other but twice a year .
Another fun fact is I used a friend’s house plan for Gabe’s home minus the back patio. My friend’s has a swimming pool.

Gabe finds Zoe’s sense of humor charming. She is impressed by his intelligence and care for his patients as well as his good looks.They find it easy to talk to each other and they both love to dance. The sexual attraction sizzles between them. All that combine leads to a night of passion.

Oh, that would be the moment that Gabe realizes that Zoe is expecting! They have been sitting across a table from each other during a meeting for hours and she finally stands up. Gabe can’t believe what he sees. He knows in his heart right away that the baby is his, and Zoe as well.

Gabe had gasped when Zoe stood. He felt like he’d just been sucker punched in the gut. His throat constricted as his heart recovered and went into high gear, pounding like a drum against his ribs.
Zoe was pregnant!

Because it is one of my favorites. I love the idea of the surprise baby and the man who steps up to do the right thing even when the mom doesn’t think it is necessary. Every child deserves to have parents who are devoted to them and love each other.

I am working on my 22nd romance for Harlequin. My next book will be out in Nov/Dec. It is called A Daddy Sent by Santa. It will be a great read by the fire with the Christmas tree lights glowing.

Giveaway: A print copy of The Brooding Surgeon’s Baby Bombshell

To enter Giveaway: Please complete the Rafflecopter form and Post a comment to this Q: Have you ever done something difficult just because it was the right thing to do?

Gabe had gasped when Zoe stood. He felt like he’d just been sucker punched in the gut. His throat constricted as his heart recovered and went into high gear, pounding like a drum against his ribs.
Zoe was pregnant!

But can they be a family?

After sparks fly with Dr. Gabriel Marks at a conference, nurse Zoe Avery’s left with a permanent reminder of their night together. Knowing Gabe doesn’t want kids, Zoe decides she’ll have the baby alone. Then Gabe moves to the same city just as pregnant Zoe needs a temporary home. Gabe comes to her rescue, but can they overcome their hurdles and become a family?
Book Links: Book Links: Amazon | B&N | iTunes | kobo | Google | 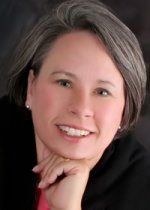 Susan Carlisle’s love affair with books began when she made a bad grade in math in the sixth grade. Not allowed to watch TV until she brought the grade up, Susan filled her time with books. She turned her love of reading into a love of writing romance. Susan has currently authored more than twenty books for HarperCollins Harlequin imprint medical line. Her heroes are strong, vibrant man and the woman that challenge them.
In her past life Susan has been a full time mother to four children, a high school substitute teacher and now when she isn’t writing she is busy being a fun grandmother. She lives near Atlanta, Georgia, with her husband of over thirty-five years. Susan loves castles, traveling, cross-stitching and reads voraciously. Visit her at www.SusanCarlisle.com
Website | Facebook | Twitter | Instagram | GoodReads |