Today it is my pleasure to Welcome romance author Sheila Roberts to HJ! 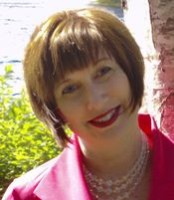 AUTHOR TURNS LOVE OF TEA PARTIES INTO A BOOK

Since this book centers on opening a tea shop (well, and a few other minor issues like sibling rivalry to the max), I think that would be appropriate. And I’m delighted to share that we’ve got some wonderful teashop recipes in the book.

Oh, what an interesting question! I think I’d rather spread my wishes out because life happens and things come up. 🙂

Let’s talk about your newest release: The Teashop on Lavender Lane 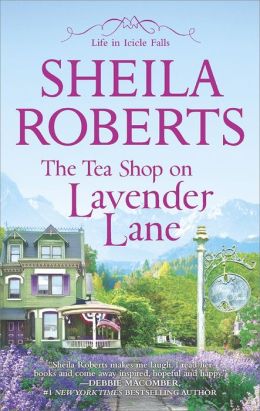 This is a book about starting over and sibling rivalry.

In this book two of the Sterling sisters from earlier Icicle Falls books get to tell their stories. Cecily Sterling is trying to figure out her love life and her sister Bailey is, well, trying to figure out her life. Period. When Bailey returns home to Icicle Falls after career disaster in L.A., she has a chance to start over. But she also has a chance to complicate life for both her sister and herself.

I would love to say there was, but since I created these people myself and they have no free will whatsoever (everything they do is because I decided it for them. Oh, that life with grown children could be so easy!) there were no surprises.

I’m thinking Katherine Heigl would make a gorgeous Cecily. And Kristen Connolly would be awfully cute as Bailey.

Trust that love will sort things out.

I’m currently working on something for next spring. It’s about half done and I’m really enjoying creating these characters! As for other releases this year, well, I’ve got a lot of fun things coming up, including a wonderful anthology I’m in with my friend Debbie Macomber titled “Together for Christmas,” which will be on the shelves along with my novel, “The Lodge on Holly Road,” one of my favorite Christmas novels to date. Those plus a TV movie in the pipeline, well, needless to say, I’m planning on having a very merry Christmas.

Giveaway: A copy of THE TEASHOP ON LAVENDER LANE and a $15 Starbucks gift card.

To enter Giveaway: Please complete the Rafflecopter form and Post a comment to this Q: Have you ever had a big problem with a family member that challenged your relationship? How did you get through it?

The party was going perfectly until the hostess clutched her stomach with an agonized cry and crumpled to the floor in a heap.
Rory Rourke, her boyfriend and star of the new TV series Man Handled, knelt by her side and barked, “Someone, call 911.”
“Call her doctor,” said someone else.
“Call The Star Reporter,” the victim said faintly.
And that was when Bailey Sterling knew she was in trouble.
She’d been so excited to land this gig catering Samba Barrett’s party. Samba wasn’t an Emma Stone or Kristen Stewart but she was …. someone. Sort of. And with her catlike green eyes and red hair everyone said she was on her way up, like the rest of her party guests. And surely that had meant Bailey was on her way up, too. The West Hollywood apartment had been packed with hot young actors and actresses. As she’d slipped among them bearing trays of goodies she’d heard more than one person rave about the food and had envisioned a whole string of catering gigs after this one.
The shrimp salsa in Phyllo cups had been an especially big hit. “Oh, my God, this is to die for,” America Winston (from the new reality show Hard Ass) had raved. Bailey had smiled modestly and kept circulating, while her assistant Giorgio served up stuffed mushrooms. She’d been working hard for the last three years to earn a reputation as caterer to the stars and things were finally starting to happen.
Except now here was Samba Barrett, writhing on her living room floor, groaning in agony. Only twenty minutes ago she’d been eating those shrimp cups and laughing. Did she have food allergies she hadn’t told Bailey about? Samba had gone over the menu with Bailey, approved everything. How could this have happened? Was Bailey going to be known as killer of the stars?
Thirty people gathered around the actress, some offering advice, some taking pictures with their cell phones, others texting wildly. Bailey stood on the fringe and nervously downed one of her own appetizers.
“You’ll be okay, baby,” Rory Rourke assured Samba.
“I think I ate something bad,” she whimpered.
“Oh, no, that’s not possible,” Bailey protested and everyone turned to look at her. One woman aimed her cell phone at Bailey, capturing her miserable expression. This couldn’t be happening.
But it could. And it did. Now Bailey felt sick. She lost her grip on the tray of canapes she was carrying and down they went, the tray landing on a Jimmy Choos of one of the party guests who was busy recording her hostess’s misery on her cell phone.
The woman let out a yelp and jumped back, then glared at Bailey.
“Sorry,” Bailey muttered, and bent to scoop the mess onto the tray. In the process she managed to get in the way of another guest, nearly tripping him.
He didn’t settle for glaring. He swore at her.
Caterer hell, that was what this was. Bailey bolted for the kitchen and hid out, watching the drama unfold from behind the counter.
The ambulance arrived and the E.M.T.s showed up to take Samba’s vitals and load her onto a stretcher. Then away she went, a pitiful but beautiful victim of Sterling Catering.
The guests switched from eating to drinking. Rory told Bailey she could clean up and leave, and not in the kindest tone of voice. He didn’t offer to pay her and she didn’t ask. All she wanted to do was get out of that cramped apartment full of the young and the beautiful.
By the time she left the media was waiting. Photographers snapped her picture and reporters stuck microphones in her face. “Have you catered for Samba before?” … “Has Samba threatened to sue?” … “What’s your relationship with Rory Rourke?”
Bailey stood there like Bambi looking at the headlights of a Mac truck, her toque askew, offering quotable quotes such as, “What?”
She quickly realized that it was time to scram and bolted for the van where Giorgio was loading up boxes of supplies… and telling a reporter that he wasn’t involved with any of the food prep. “I’m only doing this while I wait to hear from my agent. We’ve got something big in the works. Giorgio Romano. R-o-m…”
Bailey tossed in the last of her serving equipment, then pulled on his double-breasted, white jacket and growled, “Get in the van,” even as the vultures who had been talking to him now turned their attention to her.
He scowled at her but got moving.
They drove away with photographers aiming their cameras and shooting. “What were you thinking?” she demanded, swerving to avoid one.
“I wasn’t thinking anything. I was just answering questions.”
“Well, thanks a lot,” she snapped.
He held out both hands. “What did you want me to do?”
“How about saying that Sterling Catering was not responsible for Samba Barrett’s illness?” she suggested, her voice rising.
“I don’t know that,” Giorgio said sullenly.
“You’ve been working for me for six months now, Giorgio. You know how good I am. You could have said something.” Was there no loyalty in the world? She brushed away a tear.
“I told you, I’m only here until I get my break.”
“And I suppose that was it,” she said in disgust. “Getting your name in the paper as a caterer?”
“Every little bit helps,” he retorted. “Publicity is great, whether it’s good or bad.”
Not for a caterer. She had a small liability policy but it didn’t cover bad press. Overwhelmed with misery, Bailey pulled off the road and began to cry in earnest.
Giorgio sat there in what she thought was silent sympathy. Until he said, “Here, let me drive. I’ve got a date.”
She raised her tear-stained face from the steering wheel to stare at him. “A date? You were working the party.”
“I know. But when it ended early …” He shrugged. “Sorry.”
Sorry about summed it up.

After a fake food poisoning incident in L.A., Bailey Sterling’s dreams of becoming a caterer to the stars collapse faster than a soufflé. Now Bailey’s face is in all the gossip rags and her business is in ruins. But the Sterling women close ranks and bring her back to Icicle Falls, where she’ll stay with her sister Cecily.
All goes well between the sisters until Bailey comes up with a new business idea—a tea shop on a charming street called Lavender Lane. She’s going into partnership with Todd Black, who—it turns out—is the man Cecily’s started dating. It looks to Cecily as if there’s more than tea brewing in that cute little shop. And she’s not pleased.
Wait! Isn’t Cecily seeing Luke Goodman? He’s a widower with an adorable little girl, and yes, Cecily does care about him. But Todd’s the one who sends her zing-o-meter off the charts. So now what? Should you have to choose between your sister and the man you love (or think you love)?
Book Links:

Sheila Roberts lives in the Pacific Northwest. She’s happily married and has three children.
Sheila’s books have been printed in several different languages and have been chosen for book clubs such as Doubleday as well as for Readers Digest Condensed books. Her best-selling novel ON STRIKE FOR CHRISTMAS was made into a movie and appeared on the Lifetime Movie Network, and her novel THE NINE LIVES OF CHRISTMAS has just been optioned for film and is slated to be a Hallmark movie later this year. Her novel ANGEL LANE was named one of Amazon’s Top Ten Romances for 2009.
When she’s not making public appearances or playing with her friends, she can be found writing about those things near and dear to women’s hearts: family, friends, and chocolate.
Website | Facebook | Twitter |

42 Responses to “Spotlight & Giveaway: The Teashop on Lavender Lane by Sheila Roberts”