Today it is my pleasure to Welcome author Julie James to HJ!

Hi Julie and welcome to HJ! We’re so excited to chat with you about your new release, The Thing About Love!

What inspired the plot of THE THING ABOUT LOVE? 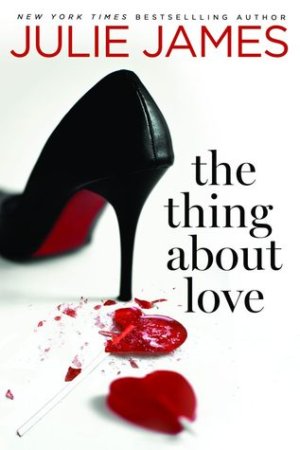 I wanted to write a book about FBI agents who were rivals, who then were stuck together as partners on an investigation. I’ve always been intrigued by the FBI training process, so I figured making the rivalry start during the heroine and hero’s time at the Academy would be a fun way to go “behind the scenes” at the FBI Academy. And I also knew there would be a “he said, she said” element to the story.

How did you learn about the FBI’s Hostage Rescue Team?

I’d never heard of the Hostage Rescue Team prior to writing this book. I was having lunch with Mr. Special Agent (my research consultant), and asking him questions about the Academy. This was early in my brainstorming process, but I knew the hero and heroine would be rivals at the Academy. I asked him questions about the physical fitness training, and he said that everyone struggled at the Academy at some point with different aspects of the PT. Then he added something to the effect of, “Except for the guys who are recruited for HRT. They breeze through everything.” Curious, I sat up in my chair and asked what “HRT” was. When he explained how, basically, they’re total badasses, I knew that was the angle I needed for the book. And then everything started falling into place story-wise…. The hero would be a former military guy who’s breezing through all the firearms and physical training, and the heroine would be this smart, former lawyer who’s the best at the academic side of things. And each one is envious of the other’s strengths because each one wants to be the best in the class.

What made you choose Jacksonville, FL as one of the settings for THE THING ABOUT LOVE?

Since a fair chunk of the book would be set in the location of the undercover investigation, I wanted a city I was familiar with. I lived in Jacksonville the year after I graduated from law school, when I clerked for a federal appellate judge.

What kind of research did you do for this novel?

I did TONS of research for the book, including what goes on at the FBI Academy. I interviewed Mr. Special Agent about his experiences there, and also did a lot of online research. The FBI has a lot of information about the Academy on their website, and then I would follow-up on things I’d read with Mr. Special Agent to get his personal take. I also watched a documentary about the FBI Academy.

Giveaway: Print copy of THE THING ABOUT LOVE by Julie James

FBI agents Jessica Harlow and John Shepherd have a past. The former lawyer and cocky Army Ranger clashed during their training at Quantico and gladly went their separate ways after graduating from the Academy. Six years later, the last thing either of them expects is to be assigned to work as partners in a high-profile undercover sting.

For both of them, being paired with an old rival couldn’t come at a worse time. Recently divorced from a Hollywood producer and looking for a fresh start, Jessica is eager to prove herself at her new field office. And John is just one case away from his dream assignment to the FBI’s elite Hostage Rescue Team. In order to nail a corrupt Florida politician, they’ll have to find a way to work together—a task that becomes even trickier when they’re forced to hole up at a romantic beachfront resort as part of the investigation. Suddenly, the heat behind their nonstop sparring threatens to make the job a lot more complicated… 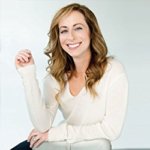 Julie James is the New York Times bestselling author of six previous novels. James graduated from the University of Illinois College of Law and clerked for the United States Court of Appeals in Jacksonville, FL. She lives in Chicago with her family. Learn more at juliejames.com, Facebook.com/JulieJamesFanPage, and Twitter.com/juljames.

72 Responses to “Spotlight & Giveaway: The Thing About Love by Julie James”