Today it is my pleasure to Welcome author Cindy Kirk to HJ!

Hi Cindy and welcome to HJ! We’re so excited to chat with you about your new release, Tie the Knot in Good Hope! 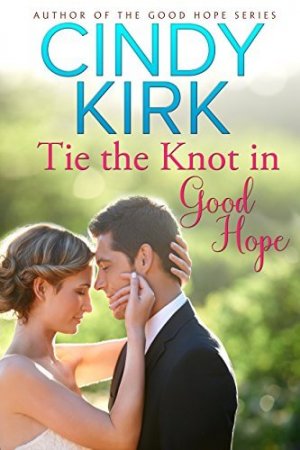 Tie the Knot in Good Hope is a heartwarming story about two people who have gone through a lot of heartache in their life but are coming out of these trials stronger.

This is a friends-to-lovers book. While always attracted to each other, Lindsay and Owen were initially friends. I have no doubt that this couple will live a long and happy life together.

This scene gives you a feeling of the connection between the couple:

“We need to talk.” Lindsay whirled back, and something in her eyes had a sick feeling taking up residence in the pit of his stomach.
“Okay.” He watched warily as she began to pace. Not far, just a few steps away and then a few steps back. It was an odd kind of dance.
Come close.
Walk away.
It was a game he and Lindsay had played for years. Until his defenses had been down and they’d gotten together for those few months after Mindy’s death.
“I went to the doctor yesterday.”
Owen’s blood turned to ice. Was she sick? Was that why she looked so pale lately? Was that what she’d been telling her friends yesterday?
There had been little laughter in the booth. All three women had looked so serious.
Owen thought of that time when the doctor had told him and Tessa why their daughter had been waking with severe headaches.
With his heart beating wildly, Owen took a step toward her and asked in a gentler tone, “Are you okay?”
Lindsay chewed on her lower lip, as if trying to decide how much to confide.
He moved closer, so near he could see the specks of gold in the blue depths of her eyes and smell the subtle scent of her perfume. “Tell me.”
Though he’d vowed to never touch her again after the night they parted ways, he took her hand in his and found it ice-cold. When she didn’t pull back, he began to warm the soft, delicate flesh between his hands. “You can tell me anything.”
Without warning, she shivered. A full-body shake that had the alarm bells in his head clanging even more loudly.
Owen enfolded her in his arms, pulling her tight against him in a gesture intended to comfort. She was his friend, he reminded himself. The fact that they were no longer dating didn’t change the fact that he cared for her, would always care for her.
Holding her this way felt so right. For a second, her head rested against his chest, just under his chin. He remembered how it had once been with them. Owen stroked her back, murmuring soothing words. After several long seconds, her trembling eased.
Though he told himself it was for the best, he felt bereft when she pulled back.
“Sorry.” Lindsay offered a wan smile. “I’ve been a little emotional lately.”
“Will you tell me what’s going on?”
Still, she hesitated.
“I’ll tell you.” Her gaze took on a distant look. “Just not tonight.”
The alarm bells that had stilled began to clang again.
“I’d say now is as good a time as any.” Owen gestured with one hand. “We’re alone and unlikely to be disturbed.”
“I don’t know.” Indecision blanketed her face as she turned away from him.
Owen reached out and grasped her arm. “Please.”
He wanted to help her. To be there for her. As her friend, he told himself, but the intense worry that gripped him told Owen what he felt for this woman went beyond simple friendship.
“Tell me,” he urged.
With a resigned sigh, she turned and met his gaze. “I’m pregnant.”

To enter Giveaway: Please complete the Rafflecopter form and Post a comment to this Q: Would you marry someone if you were pregnant, if you knew he didn’t love you?

Excerpt from Tie the Knot in Good Hope:

Lindsay Lohmeier’s life is no bed of roses. After struggling at a job she loved, but ultimately lost, she opened her own florist shop in Good Hope. Her budding business won’t be her only new addition. Lindsay is pregnant. While she’s happy to open her heart to her baby, opening up to the father is another story.

The last thing Owen Vaughn expected to hear was that he was going to be a father—again. He’s been down this road before and it ended in pain so devastating he thought he’d never heal. Still, he won’t abandon his child or Lindsay, the woman who–before they broke up–had been a bright spot during his darkest days.

Owen proposes, but Lindsay wants her child to grow up in a family built on love, not obligation. As they spend time together preparing for the baby, old feelings resurface. Owen encourages Lindsay to find her own way, hoping she’ll see this pregnancy has given them something special…a second chance at love.
Book Links: Amazon | B&N | iTunes | kobo | Google | 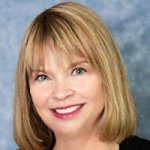 Cindy Kirk started writing after taking a class at a local community college. But her interest in words began years earlier, when she was in her teens. At sixteen she wrote in her diary: “I don’t know what I would do if I couldn’t be a writer.” After her daughter went to college, she returned to her passion and jumped straight into composing book-length fiction. She loves reading and writing romance novels because she believes in the undeniable power of love and in the promise of the happily ever after. An incurable romantic and an eternal optimist, Kirk creates characters who grow and learn from their mistakes while achieving happy endings in the process. She lives in Nebraska with her high-school-sweetheart husband.
Website | Facebook | Twitter | Instagram | GoodReads |

26 Responses to “Spotlight & Giveaway: Tie the Knot in Good Hope by Cindy Kirk”