Today it is my pleasure to Welcome author Sara Luck to HJ!

Fun Facts about UNDER THE DESERT SKY:

Enjoy an exclusive excerpt from Under the Desert Sky:

Christian bought two box lunches, one with potted ham and the other with potted chicken. In addition, there were several saltines, some locally-grown pears, and a small spice cake.
“This may take a while,” Christian said as he sat down beside Phoebe. “Ham or chicken?”
“It doesn’t matter.”
“Then I’ll take the ham.”
“Sir, I heard you say you’re going to the hot springs,” a gentleman said as he approached them.
“We’re going, that is if we get there today,” Christian said.
“You will be back by November 6th won’t you? I’d like to ask you for your vote.”
“I’d love to vote, period,” Phoebe said. “I don’t understand why Arizona isn’t a state yet.”
“And that is one of the main reasons I want to be elected as a territorial delegate to Congress. I’m Governor N. O. Murphy, but my friends call me Oakes. And you sir, may I count on your vote?”
“I can’t vote for you either,” Christian said.
“You’re a Smith man?” the governor questioned. “Let me tell you why, I’m the best person to go to Congress. You know Arizona needs this water project to go through. If I’m elected, I can guarantee that the National Irrigation Congress will find in our favor.”
“Well, then, the Salt River Committee doesn’t need me,” Christian said.
“Wait a minute, who are you? Are you that foreigner from South Africa? The one Ben Fowler hired?”
“I am from South Africa and Mr. Fowler has asked me to assist him.”
“Well, whatever it is you do, I hope you can get the job done. This valley needs water. Now, I didn’t catch your name?”
“Christian DeWet.” Christian extended his hand to Governor Murphy.
“DeWet? Are you fighting against the British?” Murphy screwed up his eyes as he scrutinized Christian.
“I can’t say that I am right now.”
The governor moved a rock that held down several copies of the Arizona Republican. He picked up a paper and handed it to Phoebe. “Front page, four columns over. Can you read that headline? ‘Drubbed De Wet.’ If your friend’s a Boer, he’d better think about going back where he came from.” The governor turned and began addressing another person who was coming into the depot.
Phoebe looked at the front page and she found the headline:
Drubbed De Wet
The Famous Boer Commander Given the Run
The London war office has received the following from Lord Roberts:
“Lt. General Charles Knox successfully engaged General Christian De Wet on October 27. During the Boer retreat, Knox caught De Wet in Rensburgdrift. The Boers lost heavily, but due to the treachery of the inhabitants who admitted Boers to their houses in the night, from which a fire was opened at daybreak, the guerrilla fighters, led by De Wet escaped. Troops dispatched from Modder River drove off the Boers and destroyed the houses of the treacherous inhabitants.

“Christian, you have the same name as this general. Are you his relative?” Phoebe handed him the paper.
Christian shuddered and put his arm around Phoebe drawing her close to him.
“I don’t know if the General is a relative or not. I don’t even know if I’m Dutch or British.”
“There can’t be that many De Wets in South Africa, and to be named Christian, too; you have to be a relative. Someone had to give you that name.”
Christian chuckled in a deprecating manner. “Someone did give me that name. I told you once that I was taken to an orphanage and then I . . . escaped for want of a better word. I lived on the streets for at least five or six years, until I had an accident. I was taken to an infirmary where two very generous people took me in. One was my benefactress and the other was my mentor. Mrs. Van Koopmans gave me her maiden name, and Cecil Rhodes said I had to have a Christian name. So there you have it. I’m Christian De Wet. Nobody knows who I am or where I came from.”
Phoebe leaned into Christian and kissed him lightly. “I know who you are, and I know where you came from.”

Excerpt. ©Sara Luck. Posted by arrangement with the publisher. All rights reserved.

Giveaway: 2 Print copies of UNDER THE DESERT SKY by Sarah Luck

Phoebe Sloan isn’t afraid of hard work—she couldn’t have survived on the Arizona frontier if she were. But ever since her husband was killed in a ranch accident, she’s struggled to make ends meet and preserve her young son’s birthright. Her last gamble was to start raising ostriches—the plumes are prized by fashionable city ladies—and it could work, but someone’s determined to sabotage her efforts.

Enter Christian de Wet, a South African importer who finds himself drawn to the fragile but determined Phoebe. He begins helping her around the ranch as a kindness, but the two quickly find that the heat rising between them has nothing to do with the Arizona desert! When the saboteur finds a way to endanger not just the ranch, but Phoebe’s family, will she have to forsake her happiness to save her son? 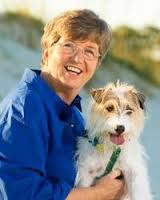 Sara Luck taught school in Alaska for six years, spending much of that time 200 miles north of the Arctic Circle. Married to a retired army officer (also a novelist), Sara and her husband live on the beach in Alabama with a Jack Russell terrier named Charley.

« Spotlight & Giveaway: To Lure a Proper Lady by Ashlyn Macnamara
REVIEW: Seduced into Her Boss’s Service by Cathy Williams »

35 Responses to “Spotlight & Giveaway: Under the Desert Sky by Sara Luck”