She can’t let him discover… Immortal Vikings are among us 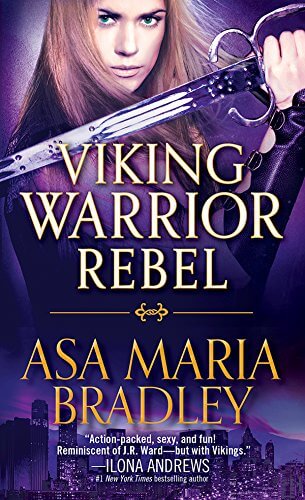 Astrid Irisdotter is a Valkyrie-a fierce warrior fighting to protect humanity from the evil god Loki and his brutal minions. She’s on an urgent mission for her queen when everything goes hideously sideways. Undercover agent Luke Holden arrives on the scene just in time to save her life-and put his own on the line.

Luke may have saved her, but that doesn’t mean Astrid can trust him. Tempers flare as they hide secret upon secret from each other, but Astrid’s inner warrior knows what it wants…and it will not take “no” for an answer.

Excerpt. ©Asa Maria Bradley. Posted by arrangement with the publisher. All rights reserved.

To enter Giveaway: Please complete the Rafflecopter form and post a comment to this Q: What did you think of the excerpt spotlighted here? Leave a comment for the author with your thoughts on the book… 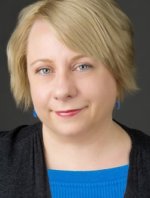 2016 double RITA finalist Asa Maria Bradley grew up in Sweden surrounded by archaeology and history steeped in Norse mythology, which inspired the immortal Vikings and Valkyries in her paranormal romances. She arrived in the U.S. as a high school exchange student and quickly became addicted to ranch dressing and cop shows. Asa currently resides on a lake deep in the pine forests of the Pacific Northwest with a British husband and a rescue dog of indeterminate breed. She graduated from the Inland Northwest Center for Writers program at Eastern Washington University with an MFA in creative writing and also holds an MS in Medical Physics from University of Colorado.
Website: http://www.asamariabradley.com/
Facebook: https://www.facebook.com/AsaMariaBradley.Author
Twitter: @AsaMariaBradley
Goodreads: https://www.goodreads.com/author/show/13754069.Asa_Maria_Bradley