Today it is my pleasure to Welcome author Susannah Sandlin to HJ!

From award-winning author Susannah Sandlin comes the first book in the Wilds of the Bayou series.

The bones said death was comin’, and the bones never lied. 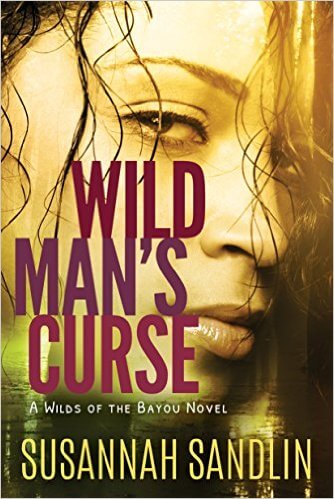 While on an early morning patrol in the swamps of Whiskey Bayou, Louisiana wildlife agent Gentry Broussard spots a man leaving the home of voodoo priestess Eva Savoie—a man who bears a startling resemblance to his brother, whom Gentry thought he had killed during a drug raid three years earlier. Shaken, the agent enters Eva’s cabin and makes a bloody discovery: the old woman has been brutally murdered.

With no jurisdiction over the case, he’s forced to leave the investigation to the local sheriff, until Eva’s beautiful heir, Celestine, receives a series of gruesome threats. As Gentry’s involvement deepens and more victims turn up, can he untangle the secrets behind Eva’s murder and protect Celestine from the same fate? Or will an old family curse finally have its way?

The bones said death was comin’, and the bones never lied.
Eva Savoie leaned back in the rocking chair and pushed it into motion on the uneven wide-plank floor of the one-room cabin. Her grandpere Julien had built the place more than a century ago, pulling heavy cypress logs from the bayou and sawing them, one by one, into the thick planks she still walked across every day.
She had never known Julien Savoie, but she knew of him. The curse that had stalked her family for three generations had started with her grandfather and what he’d done all those years ago.
What he’d brought with him to Whiskey Bayou with blood on his hands.

What first attracts your hero to the heroine and vice versa?

Gentry, a wildlife enforcement agent, is haunted by being forced to shoot his brother in a drug bust three years earlier, so he hears Celestine (a singer/songwriter) before he sees her, and the haunting, raspy sound of her voice as she sings about the ghosts of Whiskey Bayou captures his heart. He thinks he isn’t going to like her because she’s an “entertainer” (translation—high maintenance) but quickly realizes he has her pegged all wrong.
Celestine doesn’t want to be attracted to Gentry. She wants to settle her great-aunt’s estate and get the heck away from Terrebonne Parish. She thinks Gentry has an unconscious sexuality that could have her stuck in a double-wide trailer raising babies if she ever lets her guard down. Plus, the man has dimples. Her attraction is physical at first, but she soon realizes he truly is one of the good guys.

Using just 5 words, how would you describe hero and heroine’s love affair?

Despite an overt threat, Celestine has refused to leave her aunt’s remote cabin on the bayou. The next morning, she catches a glint of sunlight on metal, and realizes Gentry has spent the entire night in his truck, making sure she was safe. The least she can do is make him breakfast, right? When she asks why he cares what happens to her—this isn’t his case, after all, he answers with a kiss. It’s soft and sweet, takes both of them by surprise, and neither of them knows what it means (but, of course, we do).

Without being spoilerific, there’s a crucial scene midway through the book where everything changes. Someone is shot. Someone is brutally kidnapped. Someone is left helpless and desperate. I learned from being a New Orleanian during Hurricane Katrina that you never really understand the depth of your feelings about something until you lose it or almost lose it, and there are a lot of those lessons in this scene.

I’ve just finished the second book in the Wilds of the Bayou series and am awaiting revisions on that one, and am working on the final book in my Penton Legacy paranormal romance series, which should be finished later this year. I also write urban fantasy (with romantic elements) under the name Suzanne Johnson, and the fifth book in my Sentinels of New Orleans series, Belle Chasse, comes out on Nov. 8. 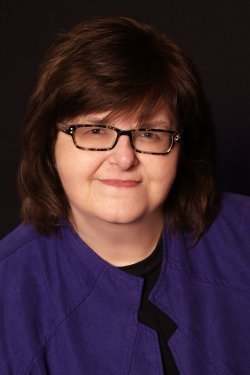 Susannah Sandlin is the author of the award-winning Penton Legacy paranormal romance series and The Collectors romantic suspense series. Writing as Suzanne Johnson, she is the author of the Sentinels of New Orleans urban fantasy series and several urban fantasy novellas. Susannah was a finalist for the RT Book Reviews Reviewers’ Choice Awards in both 2014 and 2015, and she is the 2015 winner of the Holt Medallion for romantic suspense, the 2015 Booksellers’ Best Award for romantic suspense, and the 2013 winner of the Holt Medallion for paranormal romance. A longtime New Orleanian, she currently lives in Auburn, Alabama, which explains her penchant for SEC football, gators, and cheap Mardi Gras trinkets.