Today it is my pleasure to welcome back contemporary romance author Robin Kaye to HJ!

For all of our readers who may not be familiar with your work, could you tell us a bit about yourself and your books? 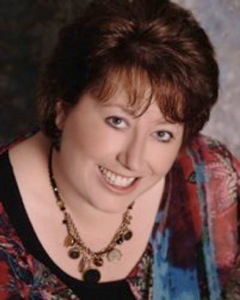 I’m a stay-at-home mom of three, but then lately I’ve been living at Starbucks since I’m on deadline. I write contemporary romance and romantic comedies and I’m working on two series—The Bad Boys of Red Hook, and The Domestic Gods Gone Wild.

Please summarize You’re The One for the readers here ….

Here’s the Back Cover Copy—

Award-winning author Robin Kaye proves that home is where the heart is, even for a bad boy from Red Hook, Brooklyn.
Logan Blaise expected to be taking a quick break from his successful vineyard in Napa to visit his hometown of Brooklyn. But what he finds is a complete mess: His father is sicker than he’d imagined, and Logan is responsible for keeping the family restaurant running smoothly. When the chef quits, he’s forced to hire the first person who applies for the job—Skye Maxwell, a beautiful enigma with great skills and gaps in her résumé.
Skye is determined to make it on her own, without trading on her famous family name. Working in the community of Red Hook offers the perfect opportunity to stay out of the limelight while pursuing her dreams. At first glance, charismatic Logan seems exactly like all the shallow men she knew back home. But as she notices his small-town roots and strong family ties, the Brooklyn bad boy and his restaurant start to feel exactly like where she really belongs…. 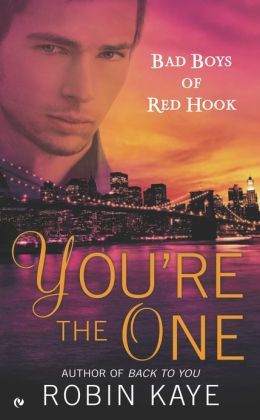 Logan is a twenty-nine-year old vintner who lives in Napa, and has returned to his hometown of Red Hook, Brooklyn, a place he never wanted to see again. He’d grown up in the foster care system, after being left at a police station or hospital when he was about three years old. He has no idea where he came from, or who his parents were. He was given a name and a birthdate and was tossed around from foster home to foster home. When he was about twelve, he busted for making pipe bombs for the Latin Kings—the largest gang in Red Hook—and was placed with Pete Calahan, hard-ass ex-cop and bar owner.

Pete took him on a tour of a prison, then took him to a high school science lab and told him he had a choice. Logan chose school and turned his life around. He went to Stanford on a full scholarship. He never told anyone about his past, he said he was from NY, and if they thought Park Avenue, all the better. He ended up working for a vineyard and was engaged to the owner’s daughter. He thought he had everything he wanted until he came home to help care for his foster father after Pete’s heart attack and bypass surgery.

What does your character do for a living?

Skye Sinclair Maxwell is the youngest of five, and the only girl. Her family owns a group of up-scale restaurants all over the West Coast. Every one of her brothers was given his own kitchen when he turned thirty. On her thirtieth birthday, she received the position of business manager.

She was allowed to play in their kitchens, make up the monthly specials but once they had her recipes, they threw her back in the office. All her brothers were all married to their kitchens and didn’t want that for her. They thought she should get married and have kids.

Once she realized she’d never have her own kitchen, she quit and packed her knives, and flew to New York, determined to make her own way in the food world.

Logan is a vintner, but he also worked in a brewpub, and has a degree in Chemistry…

Skye and Logan are my hero and heroine. It takes a while, since Logan and Payton Billingsly are engaged. Once they become disengaged—all bets are off.

Both Skye and Logan are ruled by logic, but that logic is over-ruled by emotion—emotion neither of them is very comfortable with.

Skye is the more emotional of the two—when she quit her job, she had a plan, but she was so angry at the time she hadn’t seen the holes.

Not love at first sight, but definitely lust at first sight. The pivotal moment of change for Logan was when they first made love. He felt something he’d never felt before and it scared the crap out of him. His shields came down and that, in turn, scared the crap out of Skye. It was as if he disappeared, shut her out, and she didn’t know what she’d done to deserve it.

For Skye it was later… not much later, but after Logan told her about his past, laid his heart bare, she realized she’d just fallen in love with him. She had a bad feeling that she was going to get hurt and hurt bad. She was not happy about it.

If you characters could go back in time and change one thing what would it be? Why?

Before Pete’s heart attack, he took in another foster child, Nicki—a ten-year-old girl. Years ago, Nicki’s mother had been a waitress at the Crow’s Nest—the family bar and restaurant. When Marisa left Nicki with Pete, she told him Nicki was his granddaughter. When Logan comes home to help with his father, he meets Nicki and is told what Marisa said. Logan and Marisa had hooked up when he was eighteen and he thinks Nicki might very well be his child.

If he could go back and change anything, he would have kept in touch with Marisa and he would have taken care of Nicki—she had a rough time of it before she was taken in by Pete. He’d have done anything to have been able to save Nicki from that.

How have your characters evolved from when the novel began to when it ended?

Logan thought he was incapable of love—sure, he cared about his brothers (Storm and Slater) and his father, but he never knew real love until he met Skye and Nicki.

When it came to women, he cared about them, but that was about it. There was no connection that was more intense than lust and friendship. He thought he was incapable of the feeling love. He agreed to marry Payton because it was a sound business decision, he liked her, and they were good together. She didn’t expect much out of him and vice versa. They were comfortable. By the end, he realized he’d been wrong. He was very capable of love, and the hurt that the loss of love can bring down on a person.

How did your characters spend the week just before the story starts?

Logan had come home to Red Hook to find his brother engaged to his childhood girlfriend, and was freaking out at the thought of being left to run the restaurant, and take care of his convalescing father, and ten-year-old Nicki, who might be his daughter.

Skye was working at her family’s restaurant and praying she’d get the plans to the new Maxwell’s restaurant that she’d run.

I just finished writing HAD TO BE YOU, which is the third book in the Bad Boys series and will be released on Valentine’s Day.

Now I’m back to writing A LITTLE ON THE WILD SIDE—one of my Domestic Gods Gone Wild books. It’s Trapper Kincaid’s story. I’m about a quarter of the way into it, and I’m so excited about it. It’s just a riot! It’s great to be back in Boise!

Physically? I’m headed to RomCon next week. I hope to see a bunch of readers there. But if you can’t go to Colorado Springs, you can keep in touch with me through my website: http://robinkayewrites.com/

Thanks for having me! I always love visiting HJ!

Giveaway: 2 print copies of  YOU’RE THE ONE

To enter Giveaway: Please complete the Rafflecopter form and post a comment to this Q: Skye and Logan obviously met in the workplace. I have a soft spot for workplace romances… I met my husband at work and we’ve been married for 23 years. Have you ever had a workplace romance? How did that work out?

« Spotlight & Giveaway: Being Me by Lisa Renee Jones
REVIEW: One Night She Would Never Forget by Amy Andrews »

48 Responses to “Spotlight & Giveaway: You’re The One by Robin Kaye”