Today it is my pleasure to Welcome author Carla Neggers to HJ! 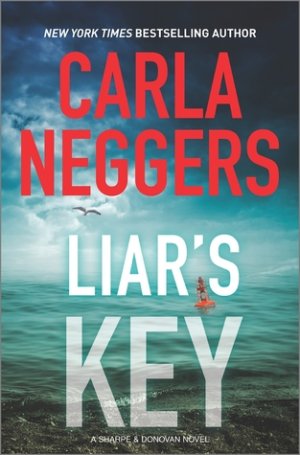 FBI agents Emma Sharpe and Colin Donovan are on the verge of getting married when Gordon Wheelock, a newly retired FBI legend, throws their wedding plans into question when he starts asking questions about stolen ancient mosaics and the death of a mosaics expert in London. They all converge in Maine for a Sharpe Fine Art Recovery gathering. It’s clear Gordy is holding back on Emma and Colin. They want answers before someone else ends up dead.

Gordy Wheelock washed the dried blood off his face and checked the damage in the mirror. Not too bad. The blood was from a swollen scrape behind his left ear, at his hairline.

Please tell us a little about the characters in your book. As you wrote your protagonists was there anything about them that surprised you?

Emma and Colin are always full of surprises for me! In LIAR’S KEY, Emma’s lunch with Colin’s mother held some surprises given her insightful future mother-in-law’s questions. As Colin says, he learned some of his best interrogation techniques from her. And Colin – well, let’s just say I’m not sure I believe that he and Oliver York will never be friends.

Oooh, fun question. For Emma, I’d choose her dinner at a ramshackle coastal Maine restaurant when Irish priest Finian Bracken joins her. She’s frustrated, she’s without Colin and she’s preoccupied. The scene shows how she manages tension, key to her nature. Here’s a snippet:

“Good to see you, Emma,” Finian said, kissing her on the cheek.
“You, too. Have you had dinner? I’ve had chowder but, as you can see, I’m not about to indulge in pie.”
“I’ve not had dinner. Chowder sounds grand.” He settled into his chair. “We also have a new Bracken Distillers expression to try.”
Emma smiled. “Chowder, pie and Bracken whiskey it is.”

For Colin, I’d choose his exchange in London with English mythologist Oliver York because it highlights his cut-to-the-chase personality and his ability to function despite fatigue and a frustrating change in plans. Also, his love for Emma. Here’s a snippet:

Oliver sighed, leveling his gaze on Colin. “We’re never going to be friends, are we, Agent Donovan?”
“Probably not.”
“If I do succeed in talking Emma into inviting me to your wedding, you won’t have me barred at the convent gate?”
“Whatever makes her happy.”

Without giving too much away, I hope they come away with a renewed sense of the importance of trust, having someone you can confide in and know will be there for you no matter what.

I’m finishing RED CLOVER INN, my next Swift River Valley novel, due out in April, 2017. We get to see Greg Rawlings from ECHO LAKE again! In the meantime, A KNIGHTS BRIDGE CHRISTMAS will be out in paperback in late October 2016 and includes “Christmas at Carriage Hill” as a bonus story, in print for the first time.

To enter Giveaway: Please complete the Rafflecopter form and Post a comment to this Q: What’s your favorite setting for a wedding?

An FBI legend, a mysterious antiquities specialist and a brazen art thief draw top FBI agents Emma Sharpe and Colin Donovan into a complex web of blackmail, greed and murder in the eagerly awaited new novel in the highly acclaimed Sharpe & Donovan series

Emma Sharpe is suspicious when retired Special Agent Gordon Wheelock, a legend in FBI art crimes, drops by her Boston office for a visit. Gordy says he’s heard rumors about stolen ancient mosaics. Emma, an art crimes specialist herself, won’t discuss the rumors. Especially since they involve Oliver York, an unrepentant English art thief. Gordy and Emma’s grandfather, a renowned private art detective, chased Oliver for a decade. Gordy knows Wendell Sharpe didn’t give him everything he had on the thief. Even now, Oliver will never be prosecuted.

When a shocking death occurs, Emma is drawn into the investigation. The evidence points to a deadly conspiracy between Wendell and Oliver, and Emma’s fiancé, deep cover agent Colin Donovan, knows he can’t stay out of this one. He also knows there will be questions about Emma’s role and where her loyalties lie.

From Boston to Maine to Ireland, Emma and Colin track a dangerous killer as the lives of their family and friends are at stake. With the help of their friend, Irish priest Finian Bracken, and Emma’s brother, Lucas, the Sharpes and Donovans must band together to stop a killer.
Book Links: 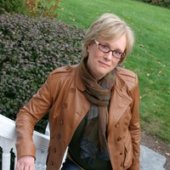 Carla Neggers is the New York Times bestselling author of more than 60 novels, including her popular Sharpe & Donovan and Swift River Valley series. Her books have been translated into 24 languages and sold in over 35 countries. A frequent traveler to Ireland, Carla lives with her family in New England. To learn more and to sign up for her newsletter, visit CarlaNeggers.com.
Website | Facebook | Twitter |