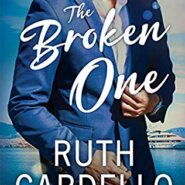 REVIEW: The Broken One by Ruth Cardello

The The Broken One by Ruth Cardello has two stories going on in one. The first chapter starts off with nine-year-old Judy Corisi attempting to find out more about her father, Dominic’s, extended family for a family tree project at school. She recruits her “aunt” Althea to help her. The […]

REVIEW: No Judgments by Meg Cabot

In No Judgments (Little Bridge Island #1) by Meg Cabot, Bree Beckham might not be a native to Little Bridge Island, Florida, but she’s spent enough time there since her childhood to feel completely at home. After things went south with her last relationship and her studies at college in […]

REVIEW: Bad for You by Taylor Holloway

Bad for You by Taylor Holloway: Aimee hated her teen years. As if moving to a new town wasn’t bad enough, she was shy and a genius which meant going to school with kids much older than her. It didn’t help that the boy she crushed on was leading the charge […]

Top Trouble: A Submissive Series Standalone Novel by Tara Sue Me: Evan and Kelly have been bickering for years. As two Dominants in the local play group, they have been deliberately getting each other riled up in part as a distraction from the overwhelming attraction they feel. Two Dominants in one […]

REVIEW: A Wedding in December by Sarah Morgan

In A Wedding in December by Sarah Morgan, When Dr. Kathryn “Katie” White learned of her younger sister Rosie’s impending wedding, she was in the midst of a never-ending hospital shift and a personal crisis. Knowing her easily-led sister’s penchant for impulsive decisions, Katie travels from London to Aspen, Colorado, […] 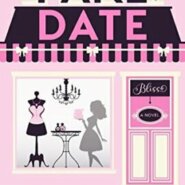 Fake Date by Monica Murphy: Sarah is sassy, independent, and trying to be a parent and sister to her younger brother and sister. She’s stepped up and put them first. Working at the high-end luxury lingerie store, Bliss, isn’t exactly her dream job but she is good at it. Between […]

REVIEW: Down Too Deep by J. Daniels

Down Too Deep by J. Daniels: Nathan is drowning in guilt and struggling to move past his wife’s death. It’s been two years, but it’s all he can do to hold himself together. He’s ashamed that he’s thrown himself into work and barely knows or spends time with his precious daughter, […]

In Coming Home for Christmas (Haven Point #10) by RaeAnne Thayne, For the past seven years Elizabeth Hamilton has been dealing with the emotional and physical scars that came from a decision she made in the depths of despair. Having lost her parents and then suffering from severe postpartum depression, […] 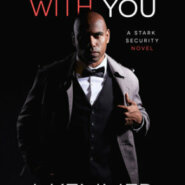 REVIEW: Ruined With You by J. Kenner

In Ruined With You (Stark Security #3) by J. Kenner, As personal manager to rising pop star Ellie Love, Xena Morgan takes safety very seriously. Her boss, who is also her close friend, has been targeted before–a threat they thought was cleared by Stark Security agent Liam Foster. A man […] 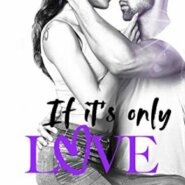 REVIEW: If It’s Only Love by Lexi Ryan

If It’s Only Love by Lexi Ryan: Shayleigh has grown up with five very protective brothers, which makes it hard to date. But Shay also only wanted her brother’s best friend and almost family member, Easton. She’s smart, sassy, creative, and has plans for her future. She’s dedicated to her family […]