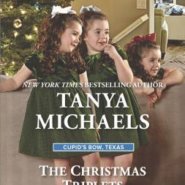 The Christmas Triplets by Tanya Michaels: It’s not often that I pick up a romance book that specifically features children in it, but the premise of this one and my enjoyment of this author’s writing, plus the Christmas theme were enough to go on that I added this to my reading […] 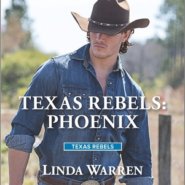 In Phoenix (Texas Rebels #5) by Linda Warren , being the youngest of the Rebels, Phoenix has always had it easy. But when he learns he’s the father of a young boy, he’s determined to do what’s right by his child. Too bad he doesn’t have a woman by his […] 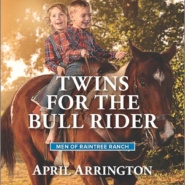 REVIEW: Twins for the Bull Rider by April Arrington

In Twins for the Bull Rider (Men of Raintree Ranch #1) by April Arrington, all Cissy Henley wants is to provide a good life for her nephews after they were placed in her care when her sister died. However, with no money and no job it isn’t easy. That […] 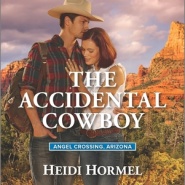 The Accidental Cowboy by Heidi Hormel: A Scotsman who is playing cowboy? A cowgirl turned big city girl turned who knows what… this could be an interesting recipe when these two head out for some adventures. Lavonda Leigh thought she knew what she was doing every step of the way. Whether […] 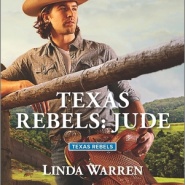 Texas Rebels: Jude by Linda Warren: Sometimes history is just history and sometimes it can come back to bit you. Paige Wheeler knows all about history biting you. 12 years ago she made decisions that would change the course of three peoples lives forever and finally coming back home she has […] 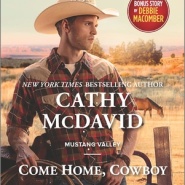 In Come Home Cowboy by Cathy McDavid, running a mustang sanctuary and caring for the wonderful horses helps take Cara Alvarez’s mind off her own tragic loss. That, of her young son who died in an accident she believes she could have prevented. However, now that Josh […] 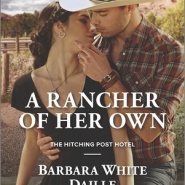 REVIEW: A Rancher of Her Own by Barbara White Daille

A Rancher of Her Own by Barbara White Daille throws together two people who are in different stages of their life and forces them to spend time together until they fall in love. Pete is a divorced rancher with two young children. His ex-wife left him for fame and fortune […] 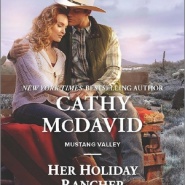 In Her Holiday Rancher by Cathy McDavid, after his dad died, Gabe Dempsey thought he’d inherit the family ranch, but it seems his dad has left it to all three of his sons. With his estranged brothers pressuring him to sell, and having a trustee assigned to manage his father’s […] 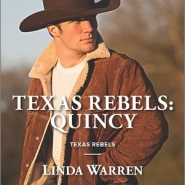 In Texas Rebels: Quincy by Linda Warren, Quincy Rebel is the peacemaker of the family. Everyone turns to him and depends on him, which is why he decides to keep his feelings for his brother Paxton’s ex-girlfriend a secret. Jenny Walker was hurt to find out Paxton was engaged to […]

The Lawman’s Christmas Proposal by Barbara White Daille: Coming home at Christmas time, does that mean something magical is going to happen? Throw in a lost love and everything just seems story book perfect. Andi Price has had a lot of loss in her young life. She’s also had a lot […]