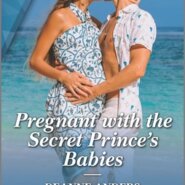 REVIEW: Pregnant With The Secret Prince’s Babies by Deanne Anders

Pregnant With The Secret Prince’s Babies by Deanne Anders: Nurse Summer Nelson and Dr. Alex Leonelli have been working together for a while with emergency medicine and taking critical patients from their hub in Key West to bigger hospitals in Miami. They have got close romantically, too. Summer finds out she […] 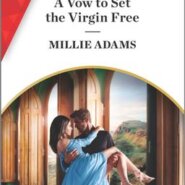 REVIEW: A Vow to Set the Virgin Free by Millie Adams

A Vow to Set the Virgin Free by Millie Adams: Athena, goddess of war, certainly lived up to her name when I found her escaping from a moving car in the first chapter. Running for her life Athena literally jumps from one fire into another when she’s rescued by a hooded […] 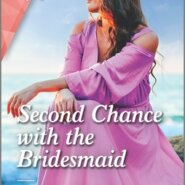 REVIEW: Second Chance With the Bridesmaid by Jennifer Faye

Second Chance With the Bridesmaid by Jennifer Faye: Adara becomes more in charge of her friend Hermione’s wedding when Hermione has to dash off with her soon to be husband. Atlas’s father has been hospitalized and he has to check on him. Adara assures Hermione that it won’t be a problem […] 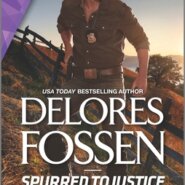 Spurred to Justice by Delores Fossen finds FBI agent Nolan Dalton receiving information from the Grave Digger, a serial killer, who leads him to his latest potential victim. He arrives on scene to find his ex-girlfriend and former cop, Adalyn Baxter, attempting to rescue the woman, who they discover was left […] 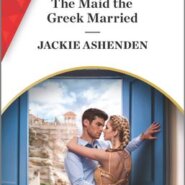 REVIEW: The Maid the Greek Married by Jackie Ashenden

The action packed latest release from Jackie Ashenden is called The Maid the Greek Married and I loved the the thrilling excitement of Rose and Ares’s story along with the links to Book 1. 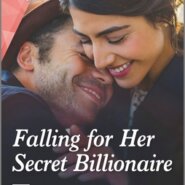 REVIEW: Falling For Her Secret Billionaire by Rebecca Winters

Falling For Her Secret Billionaire by Rebecca Winters: Dr. Francoise Valmy is about to finish up her medical stint in Nice. She meets a military veteran who comes in saying he feels like he is dying and is depressed over losing his best friend in war. Dr. Valmy is able to […] 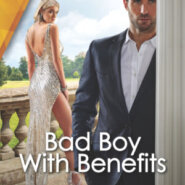 Bad Boy With Benefits by Cynthia St. Aubin When Marlowe Kane first lays eyes on Law Renaud, she could tell he had bad boy written all over him with the look he gave her. Law’s first interaction with Marlowe is to “save” her from her former fiancé’ Neil. 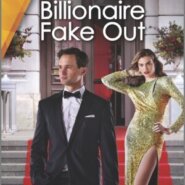 Billionaire Fake Out by Katherine Garbera: Paisley Campbell has been living with a sweet man named Jack almost since they first met. They had powerful chemistry right away. She works as an image consultant for a variety of clients. Jack seems to work at a rundown local gym. Paisley doesn’t […] 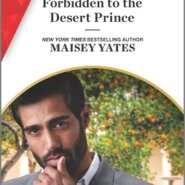 REVIEW: Forbidden to the Desert Prince by Maisey Yates

Forbidden to the Desert Prince by Maisey Yates is possibly the last read for me for 2023 and it deserves 6 bright and shiny stars. Absolute gold! 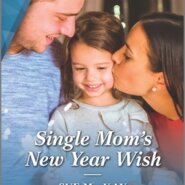 Single Mom’s New Year Wish by Sue MacKay: Claire first sees Nicolas at a Christmas event where he is being Santa Claus. She becomes teary-eyed when her young daughter, Mia, tells Santa she wants a cuddle from her daddy. That would be impossible since Mia’s father wanted nothing to do with […]