Today it is my pleasure to Welcome USA Today Bestselling author Maisey Yates to HJ!

Today, Maisey will be unleashing edits from her book Avenge Me 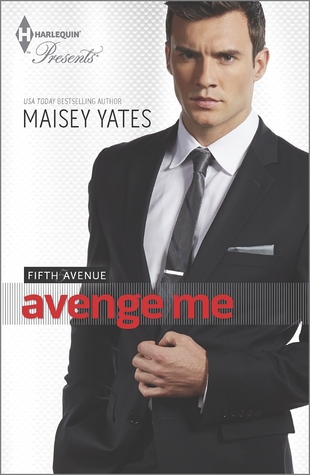 The 5th Avenue series is all about the tarnish beneath the glitter. In Avenge Me, Austin Treffen finds out that his father, a well-respected lawyer, is not only corrupt, but he’s responsible for the suicide of his friend ten years earlier. Austin joins with with his late friend’s sister Katy Michaels, and his best friends from college Hunter Talbot Grant III and Alex Diaz, in to bring the mighty Jason Treffen down one and for all.

Katy is a, self-described vengeance monster. 🙂 A tough girl from the wrong side of the tracks, she blames Jason Treffen for her sister’s death and she’ll stop at nothing to see he’s brought to justice. What she hadn’t counted on was her intense attraction to her enemy’s son…

Austin Treffen. Austin is just a good guy. All around. But when he starts uncovering his father’s dark secrets, his life begins to unravel. Katy is kind of caught in the crossfire. His attraction to her is sort of the only thing that helps him deal with what’s happening. But Katy has the keys to his…darker desires. And he finds himself giving into needs he’s spent his life fighting against.

Austin and Katy have been having a physical affair and up until this point it’s been very intense. This was a ‘sweet’ moment for them, and one that was a casualty of word count restraints. I hope you enjoy it! (Excerpt 18+ & NSFW)

TEN YEARS AGO ONE DEVASTATING NIGHT CHANGED EVERYTHING FOR AUSTIN, HUNTER AND ALEX. NOW THEY MUST EACH PLAY THEIR PART IN THE REVENGE AGAINST THE ONE MAN WHO RUINED IT ALL.

Austin Treffen was born into a world of privilege, but behind its gilded doors lies a corruption so sordid New York’s elite would never believe it—especially as his infamous philanthropic father is at its core! With everything he believed in shattered, how can Austin take down his father—risking his family name and those he loves—without any proof?

Until one earth-shattering night with Katy Michaels unlocks not only their deepest, most passionate desires but also the key to bringing Jason Treffen’s reign to an end. But with an intense sexual attraction that combines a heady mix of exquisite pleasure and sublime pain, will they satiate their thirst for revenge and each other…or lose themselves forever in the darkness?
Book Links: 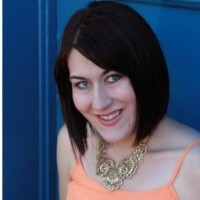 USA Today Bestselling author Maisey Yates lives in rural Oregon with her three children and her husband, whose chiseled jaw and arresting features continue to make her swoon. She feels the epic trek she takes several times a day from her office to her coffee maker is a true example of her pioneer spirit.

In 2009, at the age of twenty-three Maisey sold her first book. Since then it’s been a whirlwind of sexy alpha males and happily ever afters, and she wouldn’t have it any other way. Maisey divides her writing time between dark, passionate category romances set just about everywhere on earth and light sexy contemporary romances set practically in her back yard. She believes that she clearly has the best job in the world.
Website | Facebook | Twitter |

Giveaway: I’ll give away an e-copy of A Game of Vows + Her Little White Lie to one commenter.

To enter Giveaway: Please post a comment to this Q: In the past I’ve written a lot of ‘poor little rich girls’. It’s my heroes who tend to be from the wrong side of the tracks, while the heroines are very blue blooded. But in this book, Katy is the one who comes from an impoverished background. Do you have a heroine preference? Do you like princesses and heiresses? Or waitresses and other working class girls?

Please note: This contest will close on Friday June 27 2014 at 8:59 PM (PT) and the winner(s) will be notified via email and on this Post. Winner(s) will have 48 hours to respond to the e-mail before a new winner is selected. All entrants must adhere to HJ’s official giveaway policy.

39 Responses to “Edits Unleashed & Giveaway: Avenge Me by Maisey Yates”