Stranded and Seduced by Charlene Sands: Do two wrongs make a right? How long should grudges 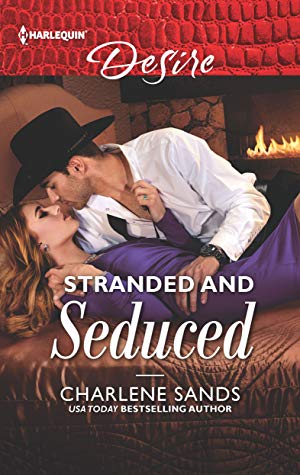 be held? If the other party does something wrong does that cancel it out?

River “Risk” Boone knew he had done April wrong all those years ago. He just wasn’t in the right place in his head back then. She would have to accept that, right? They could just be friends and everything would be just fine, right? So why was he getting these odd mixed signals from her? How would he ever figure out what business they could get done?

So when these two confused people end up “up a river,” with a ring, a lost memory and lots of time on their hands no one knows what will actually come of everything. Will it be a fresh start or a fresh grudge?

This was an interesting read and a great stand-alone even though it is part of a series. Well written, where you can certainly see part of the authors heart hanging out in there for the world. The back and forth between Risk and April is so realistic you can almost see them arguing in front of you. There is a real love hate thing going on that Ms. Sands nails on the head. You won’t be able to wait for what is coming for the last Boone brother and hopefully for Aunt Lottie as well.

Should she pretend to be the woman he loves?

Working with new client and ex-lover Risk Boone is bound to be…enticing. So April Adams dons a fake engagement ring to ward off temptation. But when they’re stranded together at a remote lodge, there’s no running from their attraction—especially after Risk hits his head and wakes up thinking April’s his fiancée! Will she tell him the truth…or go along for the ride?

One Response to “REVIEW: Stranded and Seduced by Charlene Sands”