Back on Track by Donna Cummings: Ok, there was so much about this book that I liked! And one giant thing I didn’t like. So let me tell you what I didn’t like so I can get it out of the way and start gushing about this one. Ok, it’s a novella!! Grrr! I really don’t like novellas and THIS book is the reason why: I WANT MORE!!! More of the characters! More of their story! More of this world! I can only hope that these authors who took part in this Strangers on a Train series get bored enough to continue on with the stories because I’d love to read them! 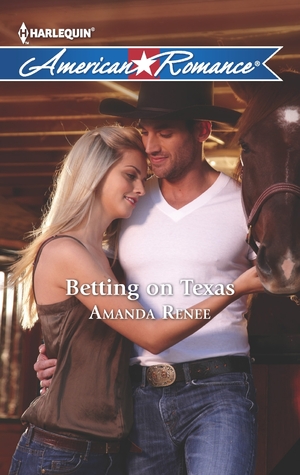 Now, let’s start with Allie. I LOVED HER!! She’s so cute and sweet. She’s in what her friend calls a ‘dating slump’. Although I don’t like the word “slump”, I thought this was a very friendly way to say that she needs to get her butt out there and take a break from work all the time. And it’s Allie’s banter with her friend, Sandra, that started me off on the right foot with this one. It’s so funny and occasionally sarcastic and they poke fun at each other and try to make the other one roll her eyes… I get such a kick out of reading interactions like this between sisters or friends. It must be because that’s how I am with my friends and it’s pretty cool to see it from the outside, ya know? Another thing I liked about Allie is that when she approaches this cute guy on the Wine Tour Train, she’s really stepping out of her comfort zone. I would never have the guts to approach a guy and it was fun to watch Allie do it. But of course, Allie is unknowingly biting off a little bit more than she can chew when she approaches THIS guy…

This guy is Matt Kearn. Yeah, THE Matt Kearn. You know, the superstar baseball player? (Just go with me here) When he sees this cute and sexy woman approach him, he knows she’s just coming over to ask for an autograph and he’s just not in the mood. He’s about to go down to the Double A league so he can rehab his injured arm but what if he never gets to come back to play Major League Baseball? What will he do then? But his melancholy thoughts are waylaid by this sexy stranger who seemingly has no idea who he is! How refreshing! But when we first meet Matt, I thought he was kind of a dick. However, he DOES grow on you. It’s like, the more he talks to Allie, the more he likes her and the more I like him. I have to admit that I thought it would be pretty difficult to empathize with a superstar. Like, “Oh poor amazingly hot, super talented, mega rich dude. Oh no, people love you and adore you and want to shake your hand or get an autograph. Oh life must be so tough for you…” NOT! Yeah, I’m one of those people who OCCASIONALLY thinks that celebrities are whining when they complain about photographers. Sure, taking a nudie photo at 1000 yards from behind a bush into someone’s back yard is creepy and all kinds of wrong. But you wanna complain about someone snapping a photo when you go to Whole Foods? Get over yourself! Argh, sorry about the rant! Anyways, so I thought that Matt was not going to be a very sympathetic character but the more you know him, the more I could see his side of it. He’s trying to enjoy this time with a new person and he’s being interrupted constantly. So I say kudos to the author for making me give a crap about Matt’s celebrity status! LOL!

Overall, this was a great read. Yes, I wanted more (and I still do!) but what there was of the story was really entertaining. I loved all of the characters! And they were all pretty funny! My favorite books make me laugh as much as they make me cry or feel or anything. And this book has plenty of laughs! Now, it isn’t super hot. At least, not in the way I’m used to. Matt and Allie have some hot, sexy kisses but that’s about as far as it went (hence me wanting more!). As long as you’re ok with that, I’d recommend this one for sure!

Publisher: Samhain Publishing, Ltd. (April 2, 2013)
What’s a little lie between strangers? A Strangers on a Train StoryAllie Whittaker is in a dating slump, too busy getting her fledgling marketing company off the ground to have a personal life. All that could change, though, if she can get baseball superstar Matt Kearns on the cover of a charity calendar. Except Matt won’t even talk to her.

Matt is in a slump, worried his career might be over. A Napa Valley wine tour isn’t enough to take his mind off his troubles–until sexy, funny Allie plops into the adjacent seat and tells him three things about herself. One of them, she says, is a lie.

Matt can’t resist playing along, and soon the afternoon getaway becomes an interlude with lies, truths, and desire flowing as fast as the wine. Then Allie lets slip one truth too many…and they both realize they’re playing for keeps.

Warning: A handsome hunk, a determined lady and a few glasses of wine. Throw in a little on-the-run action, and what more do you need to while away an afternoon?

One Response to “REVIEW: Back on Track by Donna Cummings”