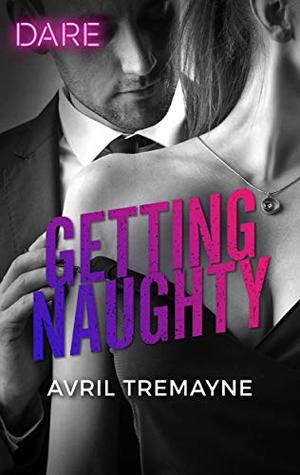 to their unrequited lust and have a fling, getting more than expected in the bargain.

Frankie and Teague have run in the same circles for years, though they’ve never been more than friends. The possibility of a relationship may have popped up in their thoughts periodically but it was complicated by other friends, relationships, and long distance. Now, they have a chance to put things to rights and explore their attraction to each other.

Teague, an American lawyer, is in Australia for a few weeks around Christmas time, and delivers a parcel to Frankie on behalf of one of their mutual friends. Both unencumbered by relationships, Frankie proposes to Teague that they have a fling while he’s there, which Teague accepts. Hot sex and fun times are a given, but they have some complicated baggage – can they overcome their issues and find their way to a real happy ever after?

I really enjoyed this romance! Teague is a pretty straight-laced kind of guy now, but used to be much more adventurous. On the other hand, Frankie is spirited and passionate about life. Teague is a lawyer and Frankie is a stripper (and amateur knitter), earning as much money as she can in order to open up her own antique shop. They appear to be opposites at the start, but as you get to know the characters, you find that they are not so different after all.

This is a very sex positive book, with Frankie having no qualms in telling Teague what she likes and wants, and in being comfortable with her body and her job as a stripper. Unlike other boyfriends she’s had, Teague is supportive of her choices and never tells her that she shouldn’t do what she does, even if he wishes she’d let him help her financially to realize her other dreams. The writing style is passionate and exuberant and the sex scenes are steamy and fun. When the time comes for Teague to leave, the hard choices have to be made about whether they are willing to go all in for something more. The ending is very satisfying and I look forward to reading more from this author!

What’s the answer to a slow burn? A super-hot fling!

High-flying US lawyer Teague Hamilton has always been way out of free-spirited Frankie’s league, but she’s never hidden her desire to break down all of Teague’s barriers and corrupt him entirely! When Teague accepts her proposal of a naughty-but- nice fling, she’s as surprised as he is. But will their hot two weeks be enough to quench a desire that’s been burning for ten long years?

« Spotlight & Giveaway: Maybe Ever After by Cassie Graham
REVIEW: A Cowboy and A Promise by Pam Crooks »

2 Responses to “REVIEW: Getting Naughty by Avril Tremayne”