Hi Tara Taylor and welcome to HJ! We’re so excited to chat with you about your new release, The Baby Arrangement!

Hi! Thank you for inviting me! 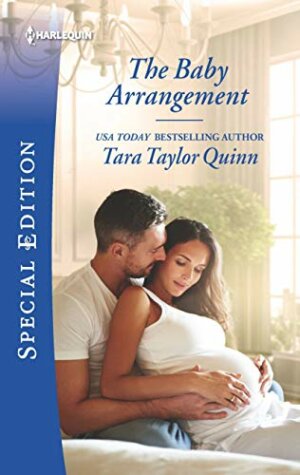 Typical for me, this is a non-traditional book. The hero and heroine have been divorced for several years. They’re business associates and friends, and very careful not to tread into dangerous waters. They support each other when one or the other is facing a challenge or starting something new and so the heroine, owner of an upscale and very successful daycare, goes to the hero to ask for his support as she ventures into having herself artificially inseminated so that she can have a family of her own.

She didn’t want dinner. She wanted his support of her plan to buy herself some sperm.

I knew a man who was so locked up emotionally he sabotaged himself. I wanted to find out if it was possible for someone like that to find his way out. I wanted to give him a happily ever after.

Mallory Harris, my heroine, owns a daycare that is featured in two other books, Her Lost and Found Baby, 8/18; and An Unexpected Christmas Baby, 11/18. I wanted to give Mallory a family of her own.

My characters always surprise me. I truly didn’t know how this book was going to end. There’s a scene with the hero and he’s driving. He’s in a bad place and I’m right there with him. The book was due. It had to end, and he hadn’t shown me any way for him to find his way to happiness. He was who he was. Anything I tried to do was contrived. At that point, I was as upset as he was, for different reasons, but panicky feeling. And then, as we drove along, there was this dog…

The scene with the dog.

The scene with the dog.

This book showcases by writing style. It’s intense, emotional fiction and that’s all I’m ever able to do. No matter what I sit down to write, the emotions involved take over and pour out onto the page.

I’m currently working on two different projects, both due within two weeks of each other. The Baby Arrangement spawned a new series, The Parent Portal, which debuts in June of this year and features the fertility clinic that Mallory visits. I’m currently working on the fourth book in that series. And I’ve also just signed to write a Colton mini-series book for Harlequin Romantic Suspense that will debut in early 2020. In the meantime, I’m preparing for the release of my first Romantic Suspense title, Detective’s Secret Intent, that is a continuation of my Where Secrets Are Safe series from Harlequin Superromance! It’s my 90th Harlequin book and is releasing in September of this year!

I’m currently working on two different projects, both due within two weeks of each other. The Baby Arrangement spawned a new series, The Parent Portal, which debuts in June of this year and features the fertility clinic that Mallory visits. I’m currently working on the fourth book in that series. And I’ve also just signed to write a Colton mini-series book for Harlequin Romantic Suspense that will debut in early 2020. In the meantime, I’m preparing for the release of my first Romantic Suspense title, Detective’s Secret Intent, that is a continuation of my Where Secrets Are Safe series from Harlequin Superromance! It’s my 90th Harlequin book and is releasing in September of this year!

To enter Giveaway: Please complete the Rafflecopter form and Post a comment to this Q: If you had to make a choice to have a baby on your own, or not have a baby, what would you choose? Why?

Excerpt from The Baby Arrangement:

“I want to apologize,” she said, when she’d meant to ask about the history of twins in his family.
“For what?”
“When we had Tucker I didn’t even think to include you when I went to the doctor, you know, hearing the heartbeat and all that.”
“I didn’t ask to go.”
“But you’d have gone if I’d asked, wouldn’t you?”
“Of course.”
“I’ve been thinking about it all day.” The words poured out even though she’d promised herself she wouldn’t do this to him. Wouldn’t drag him back into the emotional quagmire he detested. “I wasn’t fair to you, Bray. I excluded you from things that maybe you didn’t necessarily care about or think were a big deal, but if you’d been there…well, maybe they could have been.”
“You were having a baby. I wasn’t. Of course there were things only you got to experience.”
“But I didn’t even try to make you a part of them.” And after Tucker was born, she’d never once asked him to rise in the night to get the baby. She’d been breastfeeding, so she’d had to get up anyway. Besides, he’d been working while she’d taken four months off.
“We painted the nursery together,” he said, and out of the blue she was suffused with heat again. She’d forgotten about that and how that venture had been interrupted with sex on the floor of the nursery.
Her nipples tingled and liquid pooled below. Hormones, all hormones, she assured herself. With a little dab of memory mixed in.
“I just…I’m sorry I robbed you of the chance to fully experience the birth of your first child.”
There. She’d said it.
And she felt better. Sort of. She could never give those experiences back to him.
“I missed you.” Hands in his pockets, he stared ahead of them.
“What, this week?” she asked. “We talked twice.” But she knew that wasn’t what he’d meant. He was wearing the purple tie, and she wondered if he’d chosen her favorite color because he’d known he was having dinner with her.
Like she’d chosen her outfit for him.
“Back then. It wasn’t so much that I couldn’t experience everything you were experiencing. It was that you didn’t seem to need me around.”
She felt as though she’d been softly and kindly slapped. If such a thing could happen.
Truth was, she hadn’t needed him, not in the way she should have. She’d been deeply in love with him, hadn’t wanted to lose him. But on a day-to-day basis, she’d been in heaven those months she’d been a mom—before and after Tucker’s birth.
“I don’t know how to be all in with two different people,” she told him. “And Tucker was incapable of taking care of himself.”

A baby drove them apart. Can a baby bring them together?

Divorced after a heartbreaking tragedy, Mallory Harris is determine to have a family. Even as a single mother by choice with a baby conceived through artificial insemination. When her ex-husband, Braden, learns of her plan, he offers to be the donor. Mallory is touchds…and reluctant. She needs to move on from Braden. But how can she say no to the only man she has ever loved? 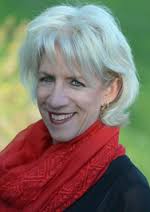 Tara Taylor Quinn is a USA TODAY bestselling, award-winning author of intense emotional fiction with 91 published novels and more than seven million copies sold. She has appeared on TV across the country, including CBS Sunday Morning. Tara has been under contract with Harlequin Books, the world’s leading publisher of romance fiction, since 1992 and recently accepted another multi-book contract with the publisher. She also has two independently published works, and a biographical work published with a non-fiction publisher. And she is a secret dog whisperer. Tara supports the National Domestic Violence Hotline. If you or someone you know might be a victim of domestic violence in the United States, please contact 1-800-799-7233.
Website | Facebook | Twitter | Instagram | GoodReads |