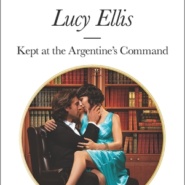 REVIEW: Kept at the Argentine’s Command by Lucy Ellis

In Kept at the Argentine’s Command by Lucy Ellis, Lulu Lachaille’s secret agoraphobia won’t stop her from attending her best friend’s big day. She feels utterly out of her depth, but that isn’t the reason her heart is pounding… 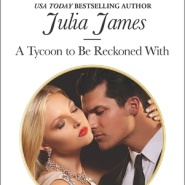 REVIEW: A Tycoon to Be Reckoned With by Julia James

In A Tycoon to Be Reckoned With by Julia James, Bastiaan Karavalas loves the thrill of the hunt. His prey this time is tantalizing Sarah Fareham. Pity this seduction won’t be purely for pleasure—she’s a threat to his family that needs to be removed! 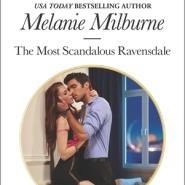 REVIEW: The Most Scandalous Ravensdale by Melanie Milburne

In The Most Scandalous Ravensdale by Melanie Milburne, Hotshot lawyer Flynn Carlyon is determined to get feisty Kat Winwood to accept her rightful place as a Ravensdale heir. Charming and deeply cynical, Flynn relishes a challenge. He will use any means he can to get Kat to bend to his […] 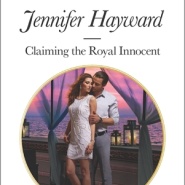 In Claiming the Royal Innocent by Jennifer Hayward, when Aleksandra Dimitriou is revealed as the secret daughter of Akathinia’s former king, she’s torn from her comfortable existence and thrust into the royal world…under the protection of Aristos Nicolades. Aristos has orders not to touch the innocent princess, but beautiful Aleksandra […] 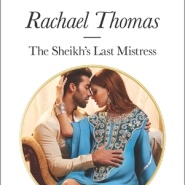 The Sheikh’s Last Mistress by Rachael Thomas, Destiny Richards knows she is playing with fire when she accepts charismatic Sheikh Zafir Al Asmari’s job offer, but it seems like a fair price to pay to start her life over again. Until the temperature reaches the boiling point and Destiny finds herself […] 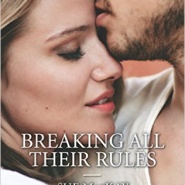 REVIEW: Breaking All Their Rules by Sue MacKay

In Breaking All Their Rules by Sue MacKay, plastic surgeon Olivia Coates-Clark knew her affair with handsome Dr Zachary Wright couldn’t last forever, so she ended it before she could get hurt. But when a chance encounter brings them back together, she finds herself considering breaking her one rule: not […] 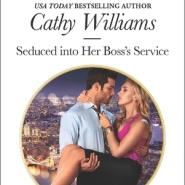 REVIEW: Seduced into Her Boss’s Service by Cathy Williams

In Seduced into Her Boss’s Service by Cathy Williams,when widower Stefano Gunn meets trainee lawyer Sunny Porter, he’s instantly sure of two things—she’s the perfect person to take care of his daughter and is by far the most sinfully seductive woman he’s ever seen! 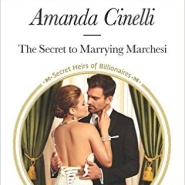 REVIEW: The Secret to Marrying Marchesi by Amanda Cinelli

In The Secret to Marrying Marchesi by Amanda Cinelli, London actress Nicole Duvalle ‘s one night stand with Italian billionaire Rigo Marchesi resulted in the birth of her precious daughter,Anna but when Rigo refused to believe he was the father,Nicole decided to move far away and raise Anna on her […] 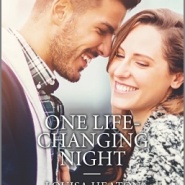 In One Life-Changing Night by Louisa Heaton, For A&E nurse Naomi Bloom, a handsome man only means bad news. So when she’s forced to move in with her gorgeous new boss, Dr Tom Williams, she is certain he is strictly off-limits! Tom swore he’d never live again after losing his […] 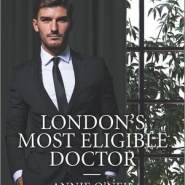 In London’s Most Eligible Doctor by Annie O’Neil, When a devastating dancing injury forces prima ballerina Lina Keminsky to walk away from her dreams, she takes a receptionist job to make ends meet. But working for London’s most sought after doc, Cole Manning, isn’t what she expects… While Cole might […]