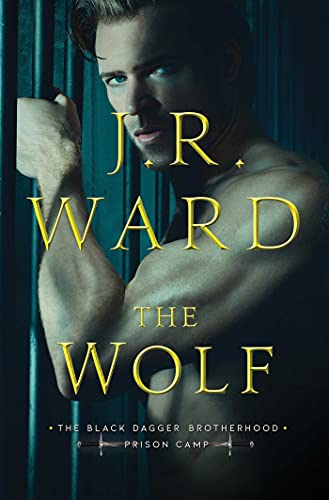 Return to the sizzling glymera’s prison camp in this dark and sexy second novel in the Prison Camp spin-off series.

In the next installment of bestselling author J.R. Ward’s Prison Camp series, things get steamy when Lucan, a wolven forced into bartering drug deals for the infamous Prison Colony, meets Rio, the second in command for the shadowy Caldwell supplier, Mozart.

After a deal goes awry, a wolf with piercing golden eyes swoops in to save her from certain death. As shocking truths unfurl, Rio is uncertain of who to trust and what to believe—but with her life on the line, true love rears its head and growls in the face of danger.

To celebrate the release of THE WOLD, we are hosting a Giveaway!

Giveaway: A print copy of THE WOLF by J.R. Ward

To enter Giveaway: Please complete the Rafflecopter form and Post a comment to this Q: Have you read the Black Dagger Brotherhood Series?