Intoxicated  by Taryn Belle: Sometimes all it takes is one moment, one look and you know. 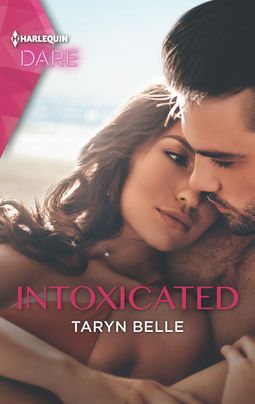 Laina Rose felt that way when she took one look at that man, the one who was in her spot. Then again could she really call it her spot? This was supposed to be her friend’s wedding. When did it become this introspective thing? When did she start questioning everything, from her family to her sex life? Oh wait that’s right when her ex became her ex. That was why she agreed to this fake boyfriend.

James Ellison could rarely say no to his cousin. Two of kind they were in many ways and she was really some of the only family he had left so was it outrageous that he now had a fake date to her wedding? Yes, but he would do it, just for her. Of course once he finds out who it is, maybe just maybe this would suit his own purposes as well.

James and Laina begin in deception and can anything that begins in that really last for any amount of time? Or with a timeline built in is it just perfect to burn hotter than hot and then be done?

Ms. Belle has done some amazing work with this novel. She created an island that is so real every reader will be wishing they were able to go and stay there. The folks that she creates are so real that they leave you wishing for more and more of their stories. The only real problem with this novel is in the very end. Yes, there is a HEA which is wonderful, but there is a time switch that is not explained nor is it really accounted for and if you are not paying attention it may take you rereading several times to understand what is going on. Other than that be ready for a hugely hot and steamy read that is definitely a page turner.

Playboy James Ellison wouldn’t usually agree to a blind date at a wedding, but this date could help his career. Mixing business and pleasure has never felt better!

Real estate developer and lifelong bachelor James Ellison is at his cousin Kiki’s wedding on the tropical island of Moretta. Which is also the site where the biggest project of his career has run into trouble. He’s agreed to be bridesmaid Laina’s blind date, but James has a hidden agenda in mind. Architect Laina Rose doesn’t know it, but she’s going to help him get his project over the last hurdle…

Laina is recovering from a nasty breakup that has left her wary of intimacy with any man, let alone a womanizer like James. But the wild chemistry between them proves irresistible, and James is soon showing Laina what she’s been missing in the bedroom—and she’s ecstatic to learn.

After a string of red-hot encounters all over the island, James is falling hard for Laina and wants more than a fling. But when she finds out about his ulterior motives, she is furious! Has he been using her all along? It’s up to James to show her he’s a changed man—for now and forever.

One Response to “REVIEW: Intoxicated by Taryn Belle”