In Pregnant by Morning by Kat Cantrell, a masquerade party in Venice brings Texas businessman Matthew Wheeler and Evangeline together. They both have lost something important to them in their lives and are suffering emotionally. When they meet in Venice, they both start to heal each other in their own way until a positive pregnancy test changes everything. 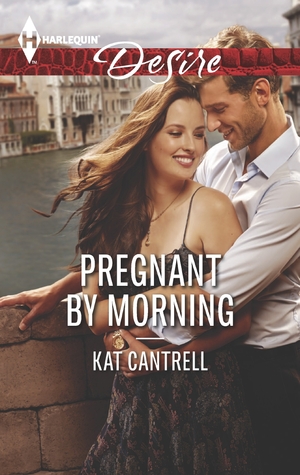 Evangeline’s pregnancy announcement brings reality to their Venetian villa. Are they ready to take their secret affair public? Or will their romance end with the morning light?

In Pregnant by Morning by Kat Cantrell is about two lost souls finding love and hope again. Matthew and Evangeline both had a tragic past and had lost someone or something very much dear to them. This story is about how they both find love once again. The conflict in the story mostly comes from the unexpected pregnancy that comes much later in the story. The book had some pretty good emotional moments and the author has crafted the story along with the characters very well. The chemistry between the characters was amazing and that made the whole romance more believable. I would have liked to see a little more conflict because both the characters were very damaged emotionally but still it was a great romance which kept me entertained till the last page.

Overall, In Pregnant by Morning by Kat Cantrell is a good romance which keeps you hooked. If you are a fan of the author or like second chance romance, then this is the book for you.

What was meant to be a one-night affair has turned into much more for Texas businessman Matthew Wheeler. Something about Evangeline, the mysterious woman he met at a masquerade ball, propels him from his self-imposed exile. He’s finally able to forget his tragic past and lose himself in this incredible woman.

But letting go has a price…

Evangeline’s pregnancy announcement brings reality to their Venetian villa. Are they ready to take their secret affair public? Or will their romance end with the morning light?

« REVIEW: Unclaimed by Sara Humphreys
REVIEW: The Man Behind the Mask by Barbara Wallace »

4 Responses to “REVIEW: Pregnant by Morning by Kat Cantrell”