In Second Chance Christmas by Lori Wilde, best friends Joel and Jana discover a baby in the living 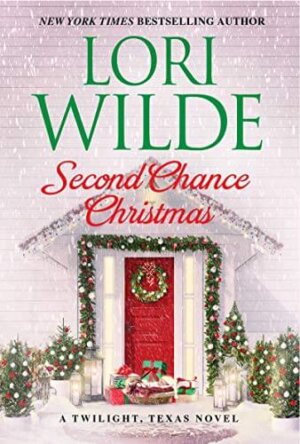 Nativity, with a note that says the mother will return for him on New Year’s Eve. Joel and Jana decide to take care of him together. For Joel, this is a chance to get closer to Jana, who is closed off and secretive, yet is the person he desires. For Jana, not only will she get to spend more time with Joel, the only person who makes her want to lower her walls, but the baby will help her to make up for something that happened in her past. But when Jana finally confides to Joel her biggest secret of all, will he be able to handle it?

I enjoyed Joel and Jana, and watching them both grow as characters. Their romance is sweet, and it’s an easy switch to go from friends to lovers. My biggest issue with the book was that there were some heavy topics that were brought up, but then glossed over. For instance, Joel finds someone from Jana’s past for her, and she announces that that person will be a part of her life. Readers aren’t shown their reunion, and I was left wondering how their reunion went, and how the other people in the girl’s life handled the initial reunion. It felt like that was such a big part of Jana’s past that it should have been covered more than just the brief mention in the epilogue. Then there’s the baby’s mother, who decides to live in Twilight, but who is she living with? She’s too young to be on her own, but there’s no mention of where she would be staying. The epilogue overall felt rushed, like it was trying to quickly tie everything up, which just left me with questions about things.

This is the twelfth book in the series, so there are a lot of characters and couples that make appearances. I haven’t read any of the other books, but this one left me with not so good feelings about Joel’s sister, Flynn. She calls Jana weird, just because she keeps to herself and doesn’t really let anyone in. Jana’s past is her past, and she should be allowed to reveal it to whoever she chose. That doesn’t make her weird, it just makes her an extremely private person, and people should accept that instead of saying that she’s weird. I felt this book does work well as a standalone, so if you’re like me and haven’t read the others, you’ll be ok to jump into the series here.

Second Chance Christmas is a sweet friends-to-lovers story set at Christmastime. It’s about making peace with the past and learning to let people in. I thought it was an enjoyable story overall, but it really could have used more details in certain places instead of just glossing over some of the more complex situations.

It’s Christmastime in Twilight, TX. The lights are twinkling, carols are being sung, and the cookies are baking. And this year, best friends Joel and Jana discover a shocking surprise: as they are organizing the living Nativity, they find a sweet little baby in the manger with a note saying the mother will return…soon.

Jana tucks the infant into her arms, and she and Joel make the impulsive decision to take the baby home. Jana is spontaneous, Joel is a planner, but they agree that it’s better to care for this precious bundle for the holidays, in hopes that the mother really will come back by New Year’s.

As the days pass, the pair begins to fall in love with the child and they’re also forced to face facts: their relationship goes far deeper than friendship. As the spirit of Christmas—and the magic of Twilight, TX—takes over, this unlikely couple must open up to the feelings they’ve been hiding from each other all along.

One Response to “REVIEW: Second Chance Christmas by Lori Wilde”