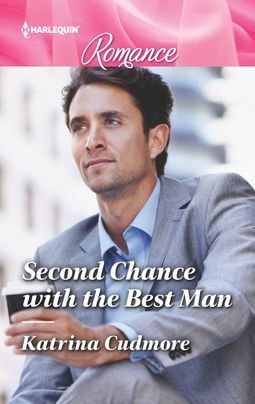 to be. It’s nothing that the couple has done wrong, but something just keeps getting in the way.

Hannah McGinley wasn’t sure what had gotten in the way of her relationship, but she did know she was still heartbroken and now had to be a grownup and work through this. She could do it. After all her best friend was marrying his brother. They were bond to see each other, this was just the first time and an important time.

Laurent Bonneval knew nothing had changed. He still felt more towards Hannah than he should. He still couldn’t allow himself to feel more. There just was no good answer, no good game plan. He just had to stay away. That was all. He could do that for a weekend, right?

Hannah and Laurent might do alright if they could avoid each other for the weekend but fate had other ideas. So when they were constantly thrown together would they start looking for more? Or realizing that apart was just better even if it hurt?

This was an odd book. It started out really slow and was hard, but as it continued it drew you in more and more until the realization happened that you didn’t want to put the book down. The story really does pull the reader into almost a black hole where nothing else exists. It’s not a hot a heavy, but it is a couple of tissues, lots of heart strings and an emotional roller coaster of a ride. This is a book you will enjoy and love to share around.

Can the man who broke her heart…

After traveling to France to bless her best friend’s marriage, wedding celebrant Hannah McGinley is determined not to fall for the man who broke her heart once before—best man and marriage skeptic Laurent Bonneval. But their chemistry is impossible to ignore, and amid the champagne and confetti her resolve melts… Yet for Hannah to consider a future with Laurent, he must prove he’s dealt with his past.

« Spotlight & Giveaway: Big Swinging D by Tara Sue Me
REVIEW: The Beyond by Chloe Neill »

2 Responses to “REVIEW: Second Chance with the Best Man by Katrina Cudmore”