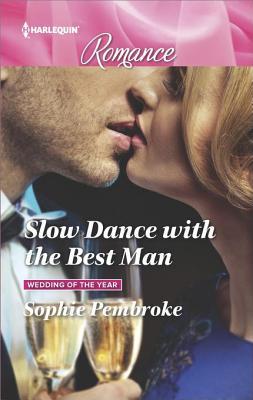 Slow Dance with the Best Man by Sophie Pembroke: What started out as the worst event one could ever dream about became the best thing that would ever happen.

Eloise Miller has been pretty content with her life lately. She was working towards a promotion and she had faded into the background. Of course now she had to contend with her archenemy from childhood coming back into her adult life and making it miserable. Not to mention she was a bridezella on top of everything. All Eloise had to do though was get through this wedding, then smooth sailing.

Noah Cross was an actor and a really good one. The problem, all he got was the shallow, meaningless roles. It wasn’t that he was opposed to them, but he wanted something more, something deeper. The problem was that he had been shallow for so long in all of his lives he wasn’t sure how to be anything but, however he was ready to move forward. He just had to get through this wedding.

When Eloise and Noah are thrown together for this wedding they are both going to have to learn how to make changes in their lives. The question is will they be willing to share those changes with the world?

Ms. Pembroke has offered up a beautiful romance. This is about more than love of another and really focuses on love of self before you can love another. The underscoring plot here is done so amazingly that you are learning without even realizing it. The emotions she is able to capture leap off of the page and into your heart. This story doesn’t have a lot of twists but you will be captivated as these two struggle to figure it out. Pick this up for something more than a quick lovely.

Shy Eloise Miller has hidden from attention since her mother’s scandalous affairs destroyed her family. So having to act as maid of honor in a glitzy celebrity wedding is her worst nightmare!

Under the glare of the world’s media, she’s paired with best man Noah Cross. On paper, this commitmentphobic Hollywood heartthrob is everything Eloise avoids. But soon he’s unlocking Eloise’s secret hopes, and tempting her to believe that her dreams of forever might come true…

One Response to “REVIEW: Slow Dance with the Best Man by Sophie Pembroke”