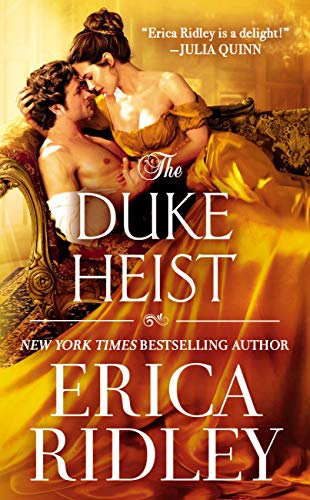 start to the series. The books are based on six orphans that are taken in by Baron Vanderbean “Bean.” He provided them with a permanent home and made them into a family. He purchased the painting Puck & Family, which was a representative of their family, from the Duke of Faircliffe. Before the duke died, he stole the painting and left a vase in its place. When Bean tried to get the painting back, the duke refused to return it. Bean had taught them nothing was impossible so when he passed away their mission became the retrieval of their painting.

Society shunned the Wynchester family, so when they tried to meet with Lawrence, the new duke, they were turned away each time without being seen. They decided the only way to get the painting back was to steal it back. Each of the Wynchester siblings had a special talent and Chloe Wynchester’s was blending in and being forgotten. She discovers the duke is going to be presenting the painting to Miss. York, the woman he is courting. Her plan is to switch the painting with a fake one that her sister has painted. All went as planned until it was time for her to escape and she ends up with the wrong carriage and abducts Lawrence.

When Lawrence Gosling inherited the title of Duke of Faircliffe, he also inherited his father’s mistakes. The previous duke left the estates in ruin and had given the title a bad reputation. Lawrence is determined to repair the family’s reputation and the estates but the only way to do so was to marry an heiress. Miss. York was a perfect candidate for the position, but he can’t help but be distracted by Chloe after she steals his carriage with him inside it. He does not understand how others don’t see her since she is all he can think about. Lawrence must decide if his duty to the title is more important than his happiness.

The book was a good start to the series, but the plot of a gentleman needing to marry for money but falling in love with the wrong woman instead (who turns out to be rich in the end) is commonly used. So, while I enjoyed the book, there was nothing really remarkable about it. The only thing that made the book memorable for me was the Wynchester siblings and their mischief.

Chloe Wynchester is completely forgettable—a curse that gives her the ability to blend into any crowd. When the only father she’s ever known makes a dying wish for his adopted family of orphans to recover a missing painting, she’s the first one her siblings turn to for stealing it back. No one expects that in doing so, she’ll also abduct a handsome duke.

Lawrence Gosling, the Duke of Faircliffe, is tortured by his father’s mistakes. To repair his estate’s ruined reputation, he must wed a highborn heiress. Yet when he finds himself in a carriage being driven hell-for-leather down the cobblestone streets of London by a beautiful woman who refuses to heed his commands, he fears his heart is hers. But how can he sacrifice his family’s legacy to follow true love?

« REVIEW: A Hometown Proposal by C.J. Carmichael
Spotlight & Giveaway: Wishing for a Cowboy by Victoria James »
Comments are closed.