Under the Hood by Sally Clements: Sexy mechanic Alice Starr helps divorce attorney Mark Jameson thinking he is having car troubles and Mark after being smitten by her at first glance lets her believe he needs help so that he can see her again. 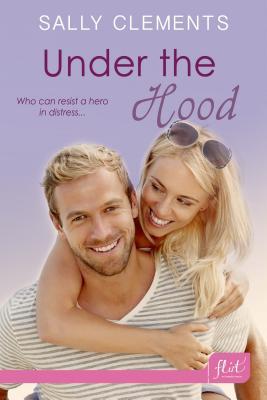 Alice is new in town and is starting a new all-female garage, Under the Hood. They both start a relationship which soon turns quite serious from an easy going thing and then Mark starts avoiding Alice.

Mark wants to tell Alice the truth about why he is avoiding her so they can pursue a relationship. When his bitter aunt threatens Alice’s livelihood, he needs a plan, fast, or else Under the Hood and his chances with Alice could both be ruined.

Under The Hood is a cute romance written with both the character’s view point. The romance has a slow buildup and progresses gradually through conversations. The story is quite developed with a plot and steady character development.

Mark and Alice both have had a relationship in the past which ended badly and therefore neither is rather keen to get into the dating scene at first. Slowly they start to give their heart another chance and trust each other. This could have been easily expanded into a bigger story but Sally Clements does manage to wrap up the story quite nicely in about 67 pages.

Overall Under The Hood is a slow and cute romance with a well developed story. It does not have any steam but it tells a good story.

When sexy mechanic Alice Starr mistakenly believes attorney Mark Jameson needs her help, he discovers he likes being rescued for a change. Smitten by her confidence, he hides his expertise so he has an excuse to see her again.

Starting their new all-female garage, Under the Hood, is keeping Alice and her friends busy. She doesn’t have time for a man. But with one kiss, she and Mark have advanced into water so deep she’s in danger of drowning. So why hasn’t he called?

Mark wants to tell Alice the truth so they can pursue a relationship. But he’s got even bigger problems at his office when his bitter aunt threatens Alice’s livelihood. He needs a plan, fast, or else Under the Hood and his chances with Alice could both be ruined.

« 2013 Year in Blogging #Giveaway!
REVIEW: Needing Her by Molly McAdams »

4 Responses to “REVIEW: Under the Hood by Sally Clements”