Today, HJ is pleased to share with you Skye Warren’s new release: Diamond in the Rough

DIAMOND IN THE ROUGH is a new dark romance from New York Times bestselling author Skye Warren. Finding yourself has never been so dangerous… 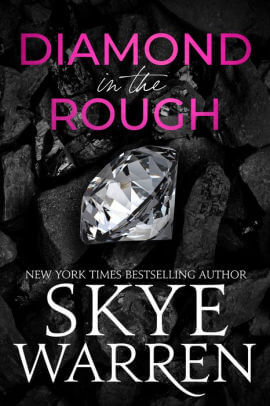 I’m stepping off a nine hour flight when it happens.

A white van. A dark hood. Every woman’s worst nightmare.

Now I’m trapped in an abandoned church. The man who took me says I won’t be hurt. The man in the cell next to me says that’s a lie. I’ll fight with every ounce of strength, but there are secrets in these walls. I’ll need every single one of them to survive.

Enjoy an exclusive excerpt from Diamond in the Rough

Excerpt. ©Skye Warren. Posted by arrangement with the publisher. All rights reserved.

Giveaway: One paperback copy of Diamond in the Rough by Skye Warren, US only

Skye Warren is the New York Times bestselling author of dangerous romance such as the Endgame trilogy. Her books have been featured in Jezebel, Buzzfeed, USA Today Happily Ever After, Glamour, and Elle Magazine. She makes her home in Texas with her loving family, sweet dogs, and evil cat.
Buylinks:
Amazon: https://amzn.to/34h9ltV
Amazon Worldwide: http://mybook.to/DiamondintheRoughSW
Apple: https://apple.co/2X2im8S
Nook: https://bit.ly/2US7BmS
Kobo: https://bit.ly/2UABFV2

« REVIEW: The Lost and Found Bookshop by Susan Wiggs
REVIEW: To Catch an Earl by Kate Bateman »

33 Responses to “Spotlight & Giveaway: Diamond in the Rough by Skye Warren”