Hi Julie and welcome to HJ! We’re so excited to chat with you about your new release, Ravaged With You! 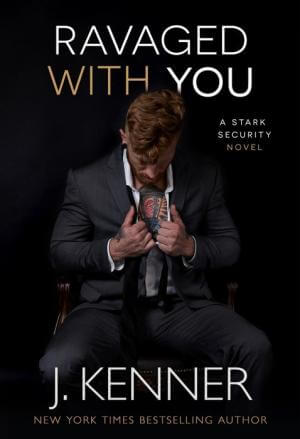 For years, Red Cooper, Mel Swift, and Jo Irwin were the best of friends, which was why both Red and Jo ignored the attraction between them. But things changed when Red joined the military, and he came back a broken man, convinced that nothing could ever happen between him and Jo. Time passed, and she and Mel got married … but recently, they’d grown apart. Mel became distant and secretive. And now he’s dead.

Now, Mel and Jo are thrust together as they try to stay alive with the looming threat now focused on them. But what may be the hardest of all is fighting their renewed attraction. And, most of all, battling the dark secrets that haunt Red’s past…

He wasn’t supposed to be the one. This man who watches me with sensual, luminous eyes, his hair like a crown of fire. This battle-scarred warrior who so tenderly holds my life in the palm of his hand.

One thing about Red surprised me soooo much, but it’s a total spoiler. Let’s just say that the man has SERIOUS skills from his time in Special Forces … and is very creative!

Red bolted awake with a startled yowl, his heart thudding painfully in his chest as he leapt out of bed, desperate to escape the hell he’d awakened to: an erection, a woman in his bed, and the earthy smell of juniper and eucalyptus filling his senses.

“Red? Red, Christ, are you okay?” The dark fog around him faded to reveal the reality that the woman in his bed wasn’t her. It was Jo, looking both concerned and terrified.

His cock tightened, and he was breathing hard, trying to rein it in. It would be so easy. Push her back against the mattress. Hold her wrists above her head with one hand as he fucked her hard, his other hand over her mouth to stifle her moans until he let her cry out.

He wanted that, damn him. Wanted to overpower. To take.  To take back. He wanted to hear her call his name, to beg for more, to have her completely at his mercy.

He wanted it, dammit.  And there was no way in hell he was going down that rabbit hole with Jo.

The knowledge that love doesn’t fade, and that it has the power to heal, as well.

I’m finishing up Enchant Me, a Nikki & Damien Stark novella in which they not only renew their vows … but meet a man claiming to be Damien’s son.

Giveaway: A print copy of Ravaged With You, digitally signed by JK!

To enter Giveaway: Please complete the Rafflecopter form and Post a comment to this Q: I love friends to lovers romances! What is your favorite trope?

Excerpt from Ravaged With You:

I see a red dot appear on the door in front of me. For a moment I’m confused, then the dot moves to me. My mouth goes dry and my pulse pounds in my ears as I look down and see the dot on my white tee.

Suddenly I’m slammed backwards, and Red is in front of me, his body crushing mine against the side of the house, blocking me. Protecting me. “You know damn well I’m the one with the best chance of finding this thing,” Red says, still talking to the speakerphone. “You hurt her, you lose me.”

“I don’t believe that, Mr. Cooper. But if you work faster, then maybe we won’t have to see which one of us is right.”

I can’t see anything from behind Red, so I don’t know if the laser dot is gone. We stay that way for a moment, completely still, until Red finally moves forward, giving me room to breathe.

He turns and punches in my code, so hard I’m surprised the little numbers don’t crush into dust. I can see the rage boiling inside him; it’s practically coming off in waves.

He takes my hand, pulling me so that I stumble inside, surprised by the urgency since the threat is gone. He follows me, slams the door, and the next thing I know my back is flat against the closed door, and his mouth is hard against mine.

He’s touching my face, his calloused fingertips rough on my skin. His eyes meet mine, then trail over my entire body as if he can’t believe I’m here. I gasp, his intense inspection like the most intimate of caresses.

“Red,” I begin, but he cuts me off with a kiss so deep I feel it all through my body. His hand goes to my neck, holding me in place so tight I can barely breathe. Then his other hand slides down inside my leggings to cup my bare sex, and I almost come right then.

Retired from the military and finally free of the demons of past missions, former Special Forces soldier Charlie “Red” Cooper leads a blissfully calm life running his successful distillery. At least until the day he finds his partner and best friend drowned in one of their best barrels of whiskey. Now he must dredge up old skills and memories to not only avenge his friend’s death, but to protect the one woman who has always made his pulse race—his friend’s grieving widow.

Shocked by her husband’s death, Josephine Swift should be mourning, but instead she’s terrified and…pissed. Turns out the husband she’d fallen out of love with was into some seriously bad business. Even worse, he’s dragged her and his partner into his web of deceit and danger. Now his mistakes could get them both killed.

Jo is glad to have the benefit of Red’s skills to keep them safe. She shouldn’t be interested in him—especially not now—but there’s no denying the white-hot attraction that smolders between them. Red’s far too honorable to sully his best friend’s memory by giving in to his desire for Jo. But when their lives hang in the balance, all bets are off. And as the depth of their passion grows, Jo dares to hope for a future. First, though, they have to survive…

In her previous career as an attorney, JK worked as a lawyer in Southern California and Texas. She currently lives in Central Texas, with her husband, two daughters, and two rather spastic cats.
Website | Facebook | Twitter | Instagram | GoodReads |

31 Responses to “Spotlight & Giveaway: Ravaged With You by J. Kenner”