Hi Andrea and welcome to HJ! We’re so excited to chat with you about your new release, The Prince’s Cinderella! 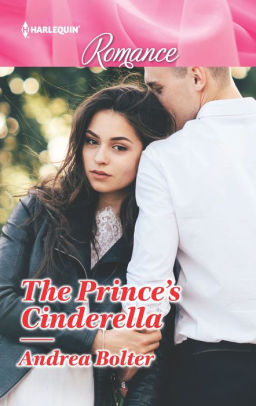 Marie has had a hard life, orphaned at eleven-years-old and shuffled from one foster home to the next. Through sheer will, she’s become an event planner who will be heading up a charity gala on the French Riviera. There she meets the handsome gala chair, Prince Zander. No stranger to heartache himself, he’s got his hands full caring for an heir to the throne who stands not but two feet tall. Neither Marie nor Zander expect to find love amongst the glamorous parties and the Cannes Film Festival events they attend. But isn’t that how it always happens? When you’re least looking for it, love has a way of finding where it belongs!

He winked. “I’m sure my investment in you will pay off.”
“Hey, are princes allowed to wink?”

Harry and Meghan. My last book featured a princess so it’s been on my mind a lot – what it is to be a modern royal in today’s world. In this book, Zander wants to act from the heart while holding up his responsibility to duty.

Here’s how indirect our brains can be. Even though Prince Zander is French, the inspiration for him came from a character I once saw in a Japanese drama portrayed by a Korean actor! The character decided to turn away from his life in the big city to return home and care for his mother. Don’t ask me why but that character touched, no, more like wrenched, my heart and I couldn’t stop thinking about him. Again, the issue of duty was on my mind.

The over-the-top parties! I’m a wannabe glamazon, so talk to me about gowns and decor and menus on the French Riviera and I’m in heaven.

Marie would prefer to keep her past to herself, as her childhood both before and after she was orphaned was not pretty. But unfortunately, her secrets are uncovered and she fears she’s hurt Zander with her deception.

Gathering up her shoes, Marie opened the bedroom door. In stepping through the threshold, she knew that she was saying goodbye to something she would never find again. Nothing would ever replicate the connection she and Zander had come to share. Nor would she want it to. It was once in a lifetime. GOODBYE, SWEET PRINCE.

I think this does showcase my style. I like warmth and humor, and I also want to whisk readers away to exotic locations. So here we’ve got an adult who was orphaned, an orphaned toddler princess, and a crazy-hot yet noble prince. In Cannes!

I’m just finishing up a New York story that takes place in the fashion industry. In the hustle and bustle of the Big Apple, Jin needs a stand-in wife to save his fashion label. His best friend’s little sister Mimi is all grown up! Can she and Jin pull off this con, keeping things all business like they agreed to?

I’m just finishing up a New York story that takes place in the fashion industry. In the hustle and bustle of the Big Apple, Jin needs a stand-in wife to save his fashion label. His best friend’s little sister Mimi is all grown up! Can she and Jin pull off this con, keeping things all business like they agreed to?

Giveaway: A signed copy of THE PRINCE’S CINDERELLA. Outside of the US will win a digital copy.

To enter Giveaway: Please complete the Rafflecopter form and Post a comment to this Q: If you were attending balls and galas on the French Riviera, would you go all out with gowns and jewelry, hair and make-up? Describe your fantasy outfit. (I think I would look good in a metallic fabric, maybe copper, with my hair down but styled to last all night!)

Excerpt from The Prince’s Cinderella:

From event planner…to belle of the ball!

Organizing a charity gala on the glamorous French Riviera is a dream come true for event planner Marie. And then she realizes she’ll be working with single dad – and handsome prince – Zander! Marie has never felt she truly belonged anywhere, least of all alongside royalty, but Zander soon sweeps her into his world of toddlers and tiaras! Dare Marie believe she’s found her fairy-tale ending – a family of her own? 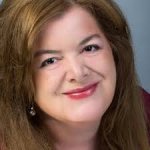 Andrea Bolter has always been fascinated by matters of the heart. In fact, she’s the one her girlfriends turn to for advice with their love lives. A city mouse, she lives in Los Angeles with her husband and daughter. She loves travel, K-Pop and rock n’ roll, sitting at cafés, and watching romantic comedies she’s already seen a hundred times. Say hi at andreabolter.com.
Website | Facebook | Twitter | Instagram | GoodReads |

« REVIEW: In a Badger Way by Shelly Laurenston
Spotlight & Giveaway: The Soccer Player and the Single Mom by Kyra Jacobs »

49 Responses to “Spotlight & Giveaway: The Prince’s Cinderella by Andrea Bolter”