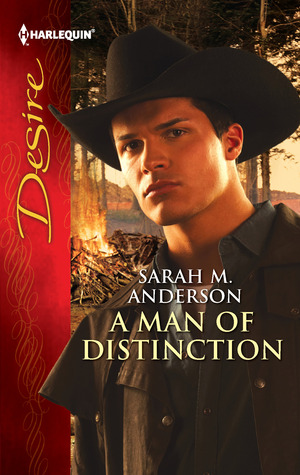 A Man of Distinction by Sarah M. Anderson

He’d said goodbye to his life on the reservation without regrets. He’d asked Tanya Rattling Blanket to come with him too many times, and Nick Longhair never begs. But when business brings him back to his ancestors’ land, he finally understands what he exchanged for money and power.In the years he’s been in Chicago, Tanya has been raising his baby, a son he didn’t know. Determined to give his child every advantage, Nick isn’t about to leave againat least not alone. But that means winning back the love of those he left behind.

The plot and characters started out well but then I dare to say became a little “slow” the book almost took on a “the story drags” kind of feeling. The story itself does draw one in and definitely has the makings of being one of those read in one sitting kinds of books.

But it was like all of a sudden the characters became almost predictable and it was like I had read the book before because I could tell exactly what was going to happen and it simply felt like a previous plot and just all too familiar. I did however love the manner in which the author describes the land.

All in all I recon a different kind of book by this author would be more enjoyable, and I will certainly give her another try but on this one I am afraid it is a miss.

One Response to “A Man of Distinction by Sarah Anderson”