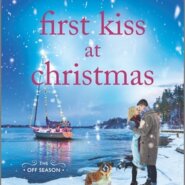 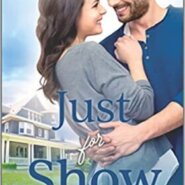 Just for Show by Julie Hamilton: When Luke and Audrey meet on the plane, they flirt the entire flight. Until Audrey literally runs away from him when he goes to ask her out. After posting what he thought would be a harmless tweet, it blows up since he’s actually a reality […] 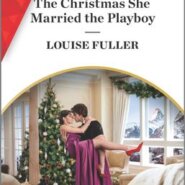 REVIEW: The Christmas She Married The Playboy by Louise Fuller

The Christmas She Married The Playboy by Louise Fuller is a marriage of convenience story which was, so, so much fun! Figure skater Santa hops into the wrong Limo and it puts the wheels in motion for life changing events. Louis, who’s recently inherited his title of Duke, is the most […] 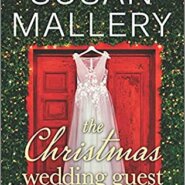 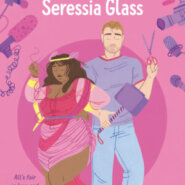 The Love Con by Seressia Glass: When Kenya finds out that she is a finalist on her cosplay reality show, she is on cloud nine. When she finds out that she needs a partner for the final challenge, she blurts out the only name who will have the skills and expertise […] 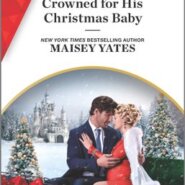 REVIEW: Crowned for His Christmas Baby by Maisey Yates

Crowned for His Christmas Baby by Maisey Yates is a Christmas themed delight and the start of a very promising mini series. Connected by their dysfunctional childhoods, Prince Vincenzo thinks his plan of revenge is brilliant when he brings Eloise back to his palace. 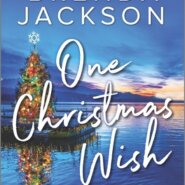 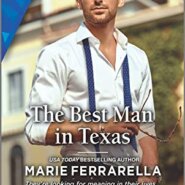 REVIEW: The Best Man in Texas by Marie Ferrarella

The Best Man in Texas by Marie Ferrarella: Jason Eastwood has come to Forever, Texas to be the best man is his cousin’s wedding. After that, he will be staying to help build the town’s first ever hospital. He has had his life revolve around giving his all to projects and […] 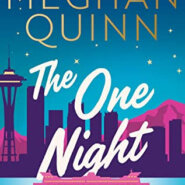 REVIEW: The One Night by Meghan Quinn

The One Night by Meghan Quinn: Having your parents insist that they play the role of your wingmen sounds completely normal, said no one ever! But this is exactly where Cooper Chance has found himself with his parents convinced that he is going to die alone after his recent divorce, they […] 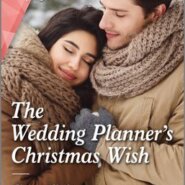 The Wedding Planner’s Christmas Wish by Cara Colter: Alexandra has worked hard with Gabe in a wedding planning business that specializes in helping create the perfect day for wealthy clients. After Gabe becomes ill, Alexandra is left having to visit Drew who is the owner of a lovely home and grounds […]