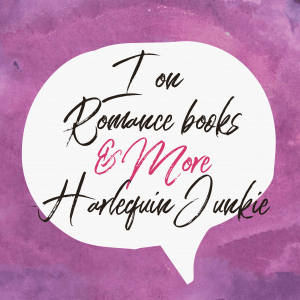 Love in the Form of a Character: Nico Medina From The Hard Count by Ginger Scott

The first book I ever read by Ginger Scott instantly became my favorite novel. It was called Wild Reckless and in the novel Scott tackled mental health. She captured the struggle with mental illness so thoroughly and thoughtfully that I knew this was the author who would become my favorite of all time. However, I thought there was no way she’d top Wild Reckless. Then, she released the Hard Count in 2016. And this time, she tackled another subject that struck so closely to home: racism.

Not the racism that we see on TV in the news where neo-Nazis are walking the streets with guns. The villains didn’t wear white robes and hoods. In fact, there were no villains in this story. Scott wrote about the racism many of us face almost on a weekly basis – racial microaggressions. Little instances of ignorance that have a snowball effect. I don’t know how Scott managed to accurately portray what many POC experience, especially in small towns, but she did it and I’m grateful.

The Hard Count is ultimately a love story between brilliant football player Nico Medina and the football coach’s daughter Reagan Prescott. They both are seniors in high school in a town called West End. On one side of the town is the middle-upper class which is predominantly white which is where Reagan lives. The other side of West End is where Nico lives and it’s a neighborhood where every day is a battle for survival. This predominantly Latino neighborhood is a rough place to live and in fifth grade Nico once wrote this about his home: “I feel like I’m being hunted. Every day. I run home fast. I don’t play outside alone when the sky is orange.” A fifth grader wrote that. My heart broke for Nico.

Now that he’s a Senior in high school, after some convincing, Nico joins the football team. He is one of the only non-white players on the team. I must stop for a second and tell you how closely I connected with Nico. I grew up in a small town where I was one of five Latinas in the entire school. My classmates were all white. So, when I joined the soccer team I was the ONLY non-white person on the team. Nico’s weariness of joining a team where no one looks like you, where no one truly understands you, was extremely relatable. He knew they were great guys but they all had preconceived notions of who he was because of the neighborhood he was from and the color of his skin. Brown was synonymous with the bad neighborhood on the other side of town.

The guys on his team are not outright racist towards him but they *do* treat him differently. They don’t immediately enfold him into the team dynamics and they make stereotypical jokes at his expense which, again, struck a chord with me. I remember one time while playing a soccer game we had only Latino referees. My teammates jokingly would say “Cathy, go talk with you cousins. Tell them to call in our favor.” You see, I know my teammates didn’t have bad intentions with these jokes, they were bonding with me in this way, but it still hurt. Here’s the thing about joking. I can’t be the punchline. My culture can’t be the punchline. And this was the kind of ignorance Nico faced at West End with his teammates and even the parents of his teammates. Little jokes here and there. Constant subtle reminders of how they saw him as ‘different.’

And then, Nico had enough. Nico decides to confront his teammates after they continue to shut him out and continue to not allow him to be a true member of the team. These below quotes perfectly summarize Nico’s strength:

“You can see why I was afraid. I was so afraid that I would get here, and that’s all you would see – a picture in your heads that was so far from the truth, but too impossible to overcome. I was afraid of discrimination. Of intolerance. Of ignorance.”

“At. Risk. Youth. That phrase…it’s too small. It’s pejorative. It’s not entirely wrong. Growing up in West End made me. That risk…it toughened me up. It made me fast. It made me fight. I love my home. And I love what it made me.”

Nico will forever be one of my favorite characters ever written. He was a real person who faced what many of us face. Scott wrote a story so personal and true. I’m grateful for writers like her who have the ability to empathize and are willing to walk in someone else’s shoes. She called out the tiny acts of racism that have big effects on the people who are receiving these small jabs of intolerance.

Again, I want to reiterate there are no villains in this story. Sometimes, people truly don’t understand what they say is harmful. Not everyone has walked in your shoes before, they don’t know your story. Which is why we must speak up. We have to start a conversation and say, “this was hurtful and here is why” and ultimately, we have to be willing to listen. Not to listen to reply but to listen to understand.

As you can tell, I absolutely love Nico which made this love story even more impactful. Honestly, this was one of the most romantic stories I’ve ever read. Nico is so gentle and loving with Reagan that it will warm your heart. Reagan is also incredible and is such a delight. When others try to weigh in on their relationship, saying it would never work because two different cultures can’t mix, they take a stand because love always trumps hate.

“Me liking you…you liking me. That’s kind of our deal, and that’s all that matters, okay?”

The Hard Count reminded me why I love to read. Because stories have such increidble power to pull deep within you and bring out the greatest parts of you. This story is about love and it was truly a pleasure to discover this gem.

Do you have a favorite character from any books that you have read? Why is he or she your favorite?

9 Responses to “#ionRomance: Love in the Form of a Character”